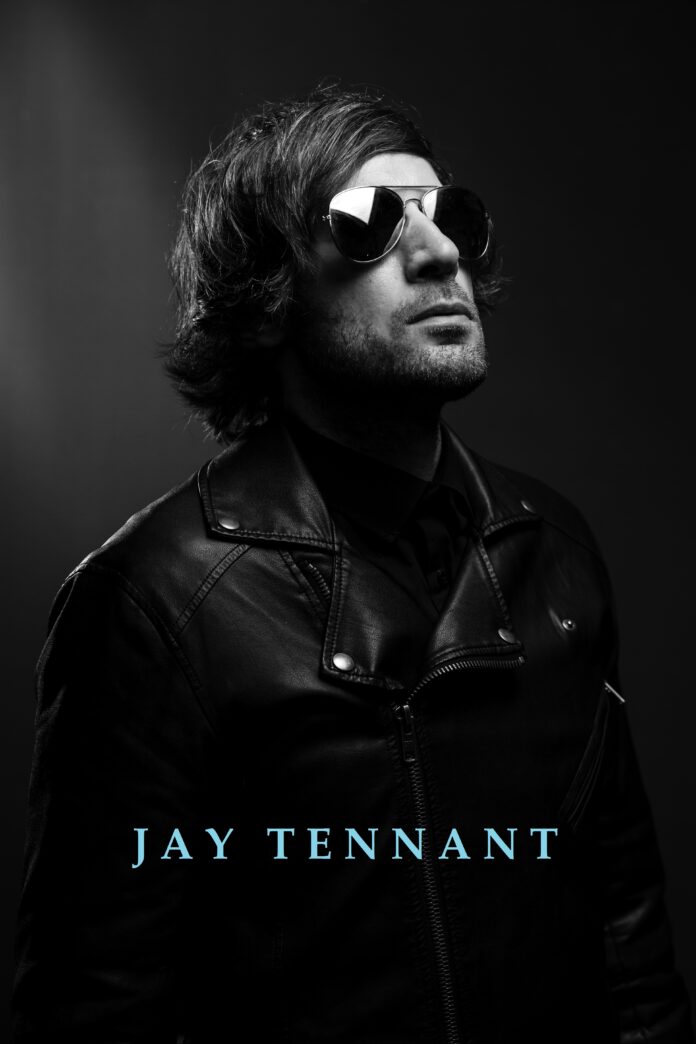 Jay Tennant embodies the indie rock ‘n’ roll spirit with his undeniable frontman swagger and his cool superstar persona. Think of a list of the best frontmen and stick Jay at the top.

Journey Into The Night is a 90s rock classic, something you’d hear on every radio station and in everybody’s house. This tune will make you feel as though you can take on the world.

Northern Revive caught up with Jay here’s what he said:

Northern Revive: Please Introduce yourself in less than 10 words…..

JT: It’s always been around me, all my life, and as I’ve grown older I’ve realised it’s probably the main thing in life that I’m passionate about.

JT: I sit down with my acoustic guitar and usually always begin either with a vocal melody or a few chords. I then build on that until I’ve got a complete song demo written, plus riffs, a drumbeat idea and other ideas like synth parts.

NR: What inspires you to write?

JT: I’m inspired by films and books quite a bit, as well as other people, life experiences and other music. But generally, I think it’s about having something that I want to communicate through writing a song.

JT: I’d go for a crate of Camden Town lager, some bottles of wine, Chilli Doritos & dips, Frazzles, a selection of cheeses, salami & crackers and some KP nuts. That’d do me I reckon!

NR: What has been the biggest challenge in your career so far?

JT: Trying to get the songs heard by more people, I think. Without the support of a label, it’s really hard to get the opportunities and exposure that signed artists get. But I’ll keep trying!

JT: I think it’s probably to always believe in yourself and never give up. I’m not sure anyone specific has said that to me in many years, but it’s what I take inspiration from the most.

NR: What’s the nicest thing ever written about you?

JT: A writer from the NME and Classic Rock called me “A magnetic shadowman with a swooning vocal” and also “A powerful new voice in British independent music…”

NR: What’s it like to return to live gigs?

JT: It’s amazing! I think after so long everyone is just really up for hearing new music, making up for lost time and having a great night. And the bands and artists feel like the shackles are finally off. That combination is making for great gigs, I think!

JT: It feels like the Midlands is absolutely flying at the moment. The Birmingham scene seems to be taking off and you’ve got great bands and artists like Candid, The Institutes, Ynes and Senses from Coventry, plus Shader and Lissy Taylor from Stoke. I love The Drift from Brum and also Sam Lambeth and Alex Ohm. There’s so much great talent around in the region.

NR: Who has had the most influence on your music?

JT: That’s a really tough question and I’m actually not sure! I think I’ve just found my own path really but I will say I’ve had a muse over recent years who has inspired all of my recent songs.

NR: Who is the most annoying band member? 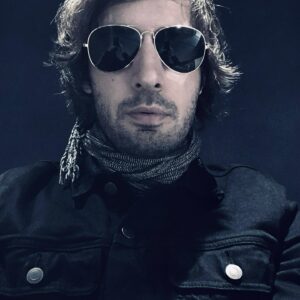 JT: I’ve always been pretty good at sports – football, tennis and cross-country running. That’s about it!

JT: They all have their place nowadays but personally I’d say vinyl or CD for definite!

JT: To fix streaming I think so that all artists are rewarded properly for their art, rather than the money all going to the big labels and a select few artists. Hopefully, the #BrokenRecord campaign can gain some proper traction.

NR: What did you miss most about playing live in the pandemic?

JT: I released a number of singles so I had plenty of new material that I would have loved to have played live around those releases. There’s probably loads of people who haven’t heard my music because I wasn’t able to get out and gig.

JT: A track from the film soundtrack for ‘Limitless’ called ‘I Still Love You’

JT: Johnny Marr. An absolute genius. I love his music and he’s also produced some bands I love.

JT: That would be supporting The Paddingtons at the O2 Academy in Birmingham with one of my old bands years ago. We played a great gig and there were loads of people there, plus it was a home-town gig for me so it meant a lot personally.

JT: Either Depeche Mode or The Cure, I think.Both absolutely legendary bands.

JT: I always try to get in the mindset that I’m playing a gig almost. That same passion has to be in the performance or otherwise I’m not happy.

I also have a collection of t-shirts available at https://jaytennant.teemill.com/– any support would be massively appreciated!

NR: Any gigs coming up we need to know about?

JT: Yes! I’m supporting SHADER in Birmingham on 20thNovember, and then I’m supporting Arcade State and The Shop Window in Manchester on 19thMarch 2022. I’m really looking forward to both gigs!!

JT: ‘Journey Into The Night’ is, I believe, my best song yet! It’s a huge space-rock anthem with a swaggering chorus, but it’s a star-swept romance at its heart. I’ve put everything into this one and I really hope it’s the song that can help to take me to the next level.