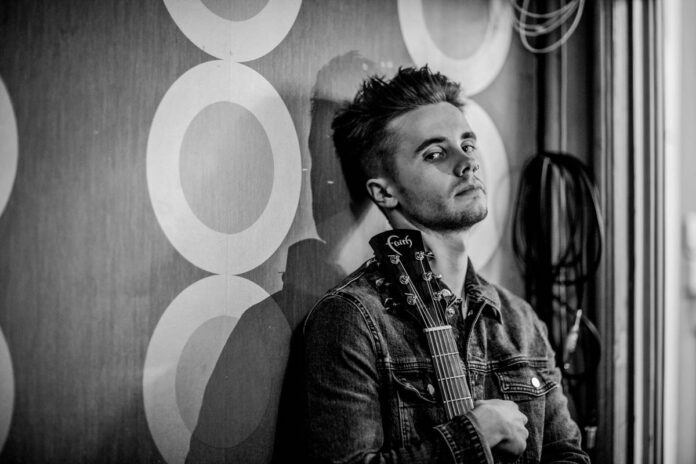 Writing his first song aged 9, Stockport based singer-songwriter and guitarist Jack B. Dawson grew up experimenting with every instrument his music-tutor father could get his hands on. Now, after years of adamantly teaching himself the guitar and crafting graceful mellow indie tunes, his music has featured on the likes of BBC Introducing and Amazing Radio.

Merry-Go-Round is an instant indie classic with catchy lyrics that you’ll start to sing along to immediately. The sound alludes to the indie bands of the early 00s whilst having a distinct modern indie sound. The sound is so much bigger than just one man but Jack really is the brains behind it all. He alone could give any of the big touring bands a run for their money with his incredible musical ability and hard work gigging.

Let’s hear what Jack had to say when Northern Revive caught up with him:

Jack B. Dawson: From indie bangers to mellow, acoustic numbers.. I make music that’s personal, yet so relatable.

JBD: My dad is a musician, so as you can imagine.. music has been an integral part of my life growing up. The earliest memory I have was when my dad took me to visit numerous recording studios such as Gracie Lands in Rochdale. I never really paid much attention at the time, and I’m pretty sure I had more fun playing on my Nintendo DS when I was there.

JBD: As daft as it sounds, I’ve found that the more uncomfortable I am, the more easily I can write a tune. I find it difficult to write in the comfort of my own home.. and even if I do, I tend to write sporadically, often not even finishing the song at all. I think this is because I feel a lot more distracted at home, with the abundance of entertainment at your disposal. I find that writing away from home, or following a difficult situation eases the music and lyrics out of me, and the writing process comes much more fluidly.

JBD: When you’re in a band, it’s much easier to bounce the energy off each other.. but when you’re up there playing solo, it’s much more difficult. Yeah.. you can play with other musicians and collaborate, but that spark and familiarity isn’t there. Luckily for me however, I’ve had the pleasure to find a tight-knit, talented group of musicians who love contributing to my project.. so, you might as well call them my band.

JBD: I’m a solo artist, but work collectively with other musicians. I came across a very talented drummer called Peter Mitchell to work with me on my project – I bumped into him at popular music venue Seven Miles Out in Stockport (which is no longer with us, sadly) when he was performing with his band ‘Ideal Forgery’. I am also working with a talented guitarist Ryan Buxton, who is a singer-songwriter hailing from Cambridge.

JBD: Band On The Wall. It was the gig that kick-started my music career. I played with my college pals, and I seem to remember Richard Jupp (ex ‘Elbow’ drummer) was in attendance; he really liked my tracks and we won the ‘Best Song’ award.

JBD: He Loves Me – Brittany Howard.

JBD: Revels. But I’d have the chocolate raisins thrown away (who needs them, anyway?) 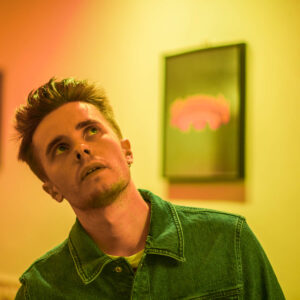 JBD: Not to miss the first segment of an important radio show to a toilet break because of your poor time management skills.

JBD: Sleaford Mods. They just say how it is really. Spoon. Blossoms. (Couldn’t say I was from Stockport without supporting these guys, could I?) Stereohaze. (Cue the Manchester band bias). Brittany Howard. (You might know her from popular band ‘Alabama Shakes’).

JBD: Keep developing loads still to learn, find someone who will manage me.

JBD: In terms of writing, it’s been difficult. As I mentioned in the ‘writing process’ segment, I feel that writing in comfort doesn’t get the best out of me. I’m sure Taylor Swift can relate with the amount of post-breakup songs she writes. However, to compensate for the lack of writing, I’ve turned to collaborations with other musicians. I feel that bouncing ideas off other musicians is a fantastic way to get the creative gears going.

JBD: To put it bluntly, it’s all gone t*ts up. I had my showcase gig with the Velvet Starlings, (who are an up and coming band from Los Angeles) cancelled at Night & Day Cafe. I was looking forward to introducing this promising LA band to the friendly faces of Manchester. Made In Manchester Festival was unfortunately cancelled, but they adapted to a mini ‘live stream’ festival, which was really nice.

JBD: Let’s just say that Stockport is officially on the musical map; we can see this with bands such as 10cc and more recently, Blossoms. But let’s not forget about the Manchester music scene that still continues to thrive today.

JBD: Checkout Stockport and Manchester HMV branches. (Local artist showcase section). Pickup a copy of my single “Mexican Scar”. I am hoping to release more music and release it at their Manchester branch in the future.

JBD: The track is one that I’ve had in the arsenal for a while now; it’s a song that appeared on my very first, acoustic EP ‘LUBO’ back in 2017. It’s already had airplay from the likes of industry powerhouses such as ‘BBC Introducing’ and other popular radio stations. The reason I have chosen to re-record this track is because I know that it can offer the world so much more than what I originally intended it to.

Re-recording a song is risky business; Jeff Lynne from Electric Light Orchestra released a solo best-of album including hits like “Mr. Blue Sky”; he mentioned that the original track we all know and love was nothing how he intended it to be. I understand how you feel, Jeff. New track to be released Fall 2020.