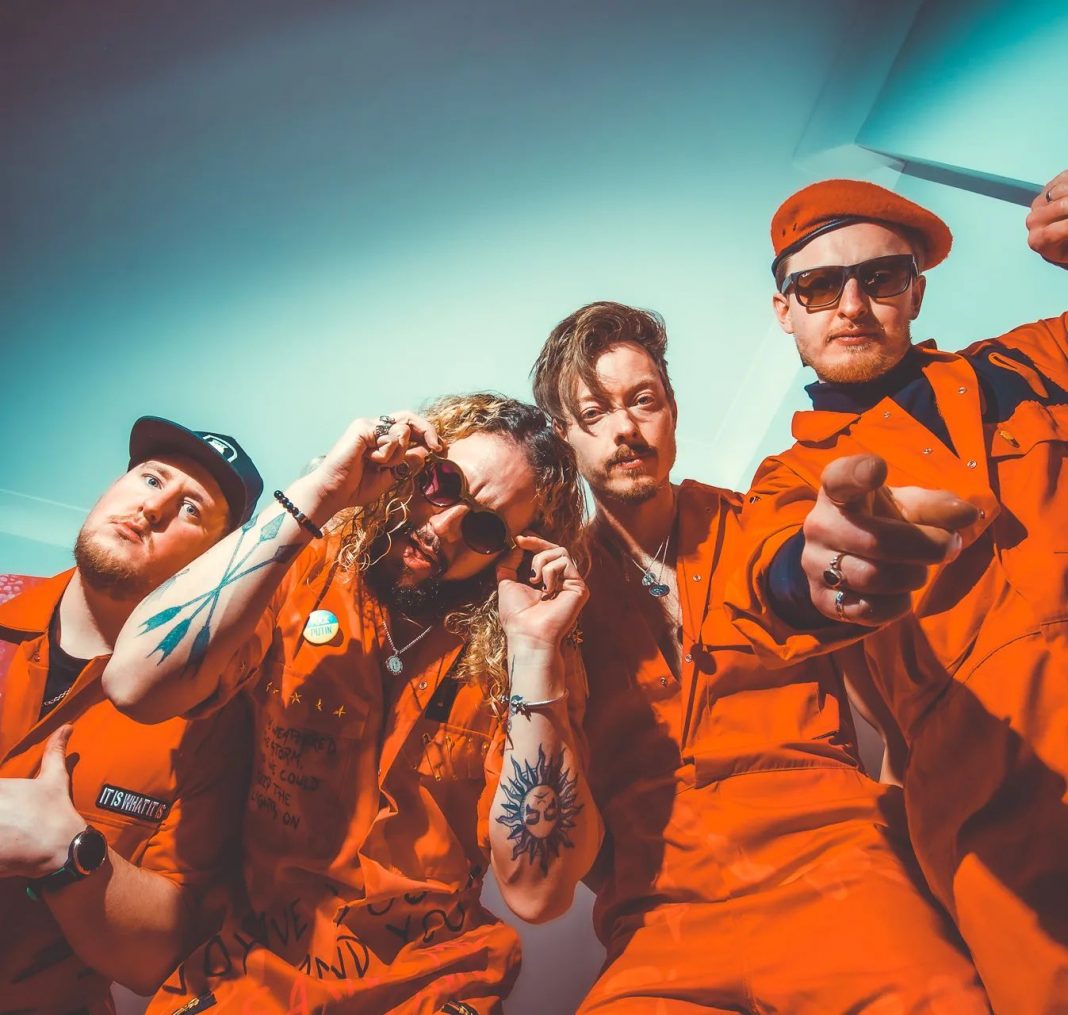 Late Night Legacy are no strangers to the industry, cutting their teeth by touring and travelling the UK festival and club scene, the band have made a name for themselves for their signature guitar work, powerful vocals and unhinged live shows.

Their previous single ‘BLAME’ sold out in HMV on day one and is currently well on the way to 90,000 streams! With support from multiple BBC Introducing shows across the country and named “Ones to Watch’ by BBC Introducing Cumbria, the band were awarded best band of Wigan Live Festival and voted Artist of the week by Richer Sounds.
For fans of Royal Blood, Frank Carter & The Rattlesnakes and The Hunna with a high energy energy alternative rock all of their own….
Please  Introduce yourself in less than 10 words…..
We are Late Night Legacy and we are class.
What made you want to get into music?
I’ve personally been in rock & Metal bands since I was about 13 years old, it’s just such a beautiful escape for me. Keeps me mentally stable for sure.
What’s the writing process?
We tend to jam out an intro riff and practise, something fuzzy, dirty and catchy: any of us could bring one to the table then we tend build round that. Lyrics are always the last to add but I usually have an idea of energy/tone/message I wanna get out with the song once we’ve played it through a few times. Until that point I just make melodic noises
How do you transfer that onstage energy to the studio?
Honestly, we just get lost in the music as cheesy as it sounds, there’s been days when we all finish work, meet up at rehearsals tired af and 3 songs in were all jumping around and vibing like crazy. Obvs we turn it up to 11 on stage but we can get up to a steady 9 at practise.
What come first lyrics or music?
Music, always. I need to feel something and let that feeling dictate what I say and how I want to say it.
How did you all meet?
I met Rob on Gumtree lol I auditioned to be in his first band ‘Inbetween Echoes’ and the rest is history. Matt & James were in another Leeds band we used to tour with called ‘Where Fires Are’ SICK band and so stoked to have those boys on board.
What has been the best gig you’ve ever played and why?
I mean, for me it has to be Monmouth Festival – one of the best run events we’ve ever been a part of, felt so supported and looked after. Their local radio stations also bigged up the event so we had 8000 fans all going crazy during our set and a queue of like 300 people at our merch stand wanting things signed lol I signed my first Reebok classic that day.
What was the last track you played on Spotify?
Voices in My Head – Falling in Reverse. BIG training tune that one, anything by Falling in Reverse get’s my psyched to lift tbf lol
What would be on your rider?
We actually already have a rider: 24 x Cans Stella Artois and a few waters 😉
If it’s a big do we’ll try get a hot meal each on there too.
What other talents do you have? (kazoo playing, champion toast burner…)
Umm between us we have a few, Rob is a seriously good carpenter and all round DIY man, James can do a “double noise” with his voice, he’d have to show you bit if you follow us on @latenightlegacy instagram you’ll see it. I can draw to a pretty decent standard and use a tattoo machine and Matt can do a banging Boris Johnson impression.
If you could change anything about the industry, what would it be?
I’d get rid of all the oldies at the top. Times have changed so why are we seeing the same 10 bands at every festival “Yawn” – time for the new blood to take over.
Do you think the government needs to do more to support grass roots venues?
Oh 100% I don’t think they do anything at all do they?? All I see is them getting shut down.
If you could collaborate with any band who would it be?
For me it would be some unreal female rock vocalists on the scene – Nova Twins, Willow Smith, Delilah Bon, Hot Milk, Dream Wife, basically any female that is killing it atm. I always have to fake a female vocal if I want one on a song ‘Dreams of You’ is a prime example
What’s the best advice you’ve ever been given?
Don’t give up or ever get phased by the doors that are closed in your face. Lace up your Doc Martens and keep kicking those f**kers down!!!
If you could open for any band who would it be?
Obviously Biffy Clyro 🙂 I think we’d fit together pretty well.
What other bands do we need to be checking out right now?
Kid Kapichi, Nothing More, Nova Twins, Hot Milk, and all of the afore mentioned bands.
How did you spend the lockdown?
I actually spent it learning to tattoo and drawing peoples cats and dogs my pencil portrait business kept my head above the water during those dark times and melted my heart reading how happy they made people.
What did you miss most about live gigs?
Crowds, just that communal energy all vibing and blasting out your favoirite tunes together over cold beers and wavy eyes. The last gig I felt that tingly feeling was pre-lockdown Frank Carter & The Rattlesnakes at Manchester Academy.
What’s the scene like where you are from?
Leeds scene needs work. There are SOOO many sick bands but not a lot of support from the promoters/ show producers up top. They have their favourites but the underground scene is soooo much better. 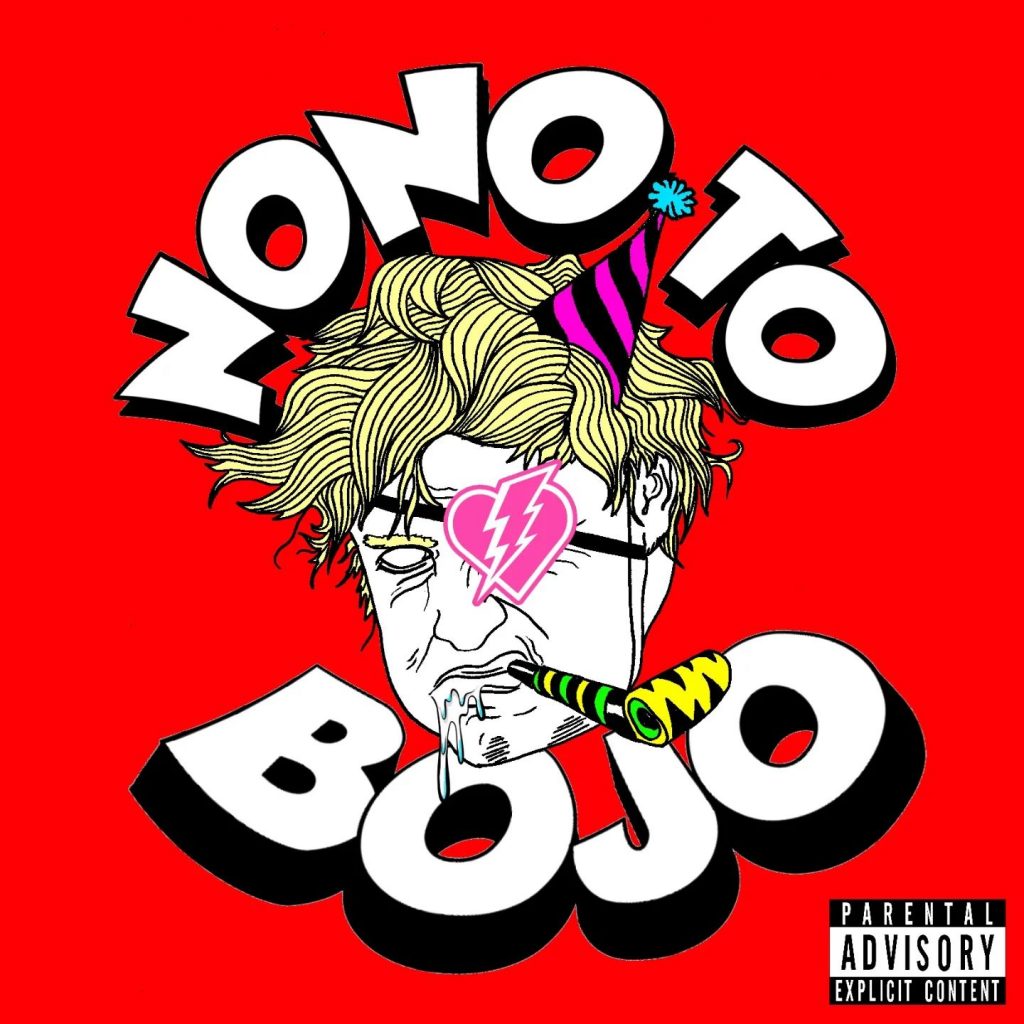 Talk us through the new track
Like every other human being in the country/ world, We’ve had enough of the lies, the empty promises and two faced ignorance displayed by our supposed Prime Minister and his “party” so we thought we’d write a song about it. We’re just gutted the clown got to step down, instead of being dragged through the street by horse and kart. Get this tune turned all the way up and blast it into the streets from your car! Or in the garden whilst sunbathing 😉 give the neighbours something to talk about yeah?
There is no ‘No No to Bojo’ music video as of yet but I have a pretty sick idea… DM us if you wanna get involved and you don’t like BOJO.
Where can we find out more? (also flog us some merch we love tees…..)
Tees can be bought / ordered via our paypal, just put your size, name and address in the comment box
https://www.facebook.com/LateNightLegacy/
https://www.instagram.com/latenightlegacy/
https://twitter.com/LNLegacy
https://open.spotify.com/artist/4aG7kUfex6Hm6p1bhd8vmu
https://vm.tiktok.com/ZMNysm8R3/
https://www.youtube.com/channel/UCdUDJro7Av12RJLlQWYJH_Q