Home Manchester Live on Acid releases ‘Preaching to the Perverted’ on Hello World... 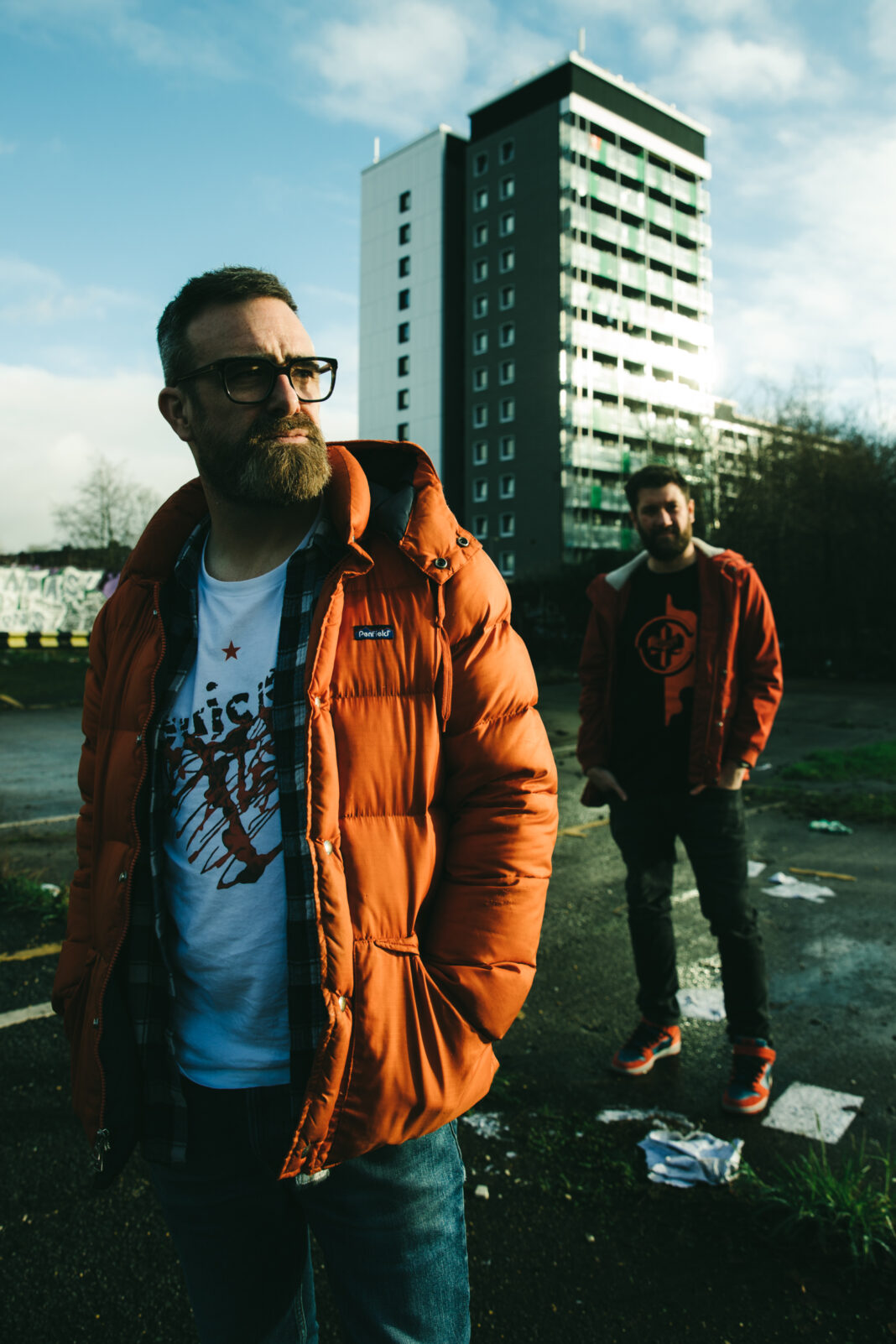 Live on Acid are creating music that is stripped back and organic, at the same time as unapologetically electronic.

Eschewing the super-saw waves and clean shimmer and shine of modern dance music, for analogue mono-synths, grittiness and noise. These tracks are written with a discerning dance floor front of mind, not a bright super-club, but a low dark-ceilinged basement somewhere under a bar in the northern quarter of Manchester in the early hours of the morning. Northern Revive had a chat to find out a bit more…..

Please introduce yourself in less than ten words…

We’re Anthony and Matt from Manchester, and we are Live on Acid.

[Matt] We’ve both always shared a passion for electronic music and messing around with various equipment, synthesisers, effects and drum machines and after knowing each other for a few years decided to collaborate together creating music that we’d like to dance to and that we eventually developed into a style that we both liked and thought had legs and pushed on from there to create the album due for release in March.

[Anthony] We’ve put this project together since early 2021 so it’s been a funny time for live events. We played an initial home-town show in Manchester [Salford] at the Eagle Inn in December with our pals Isey and Phoenix from Eruption radio and although it’s a small room the atmosphere and energy in there was incredible!

How did you meet?

[Matt] We originally met through a mutual friend. Anthony was living in Cardiff at the time while I was working as a barber in Manchester. It was only after Anthony’s move up to Manchester that we really got to know each other and had the opportunity to start creating the music we’re making now.

[Matt] The last track I played was a track that a friend, James ‘Isey’ Ireland who co-hosts a fantastic show on Eruption radio sent me. It’s a 2019 track by Mark Michael called Dilation. Brilliant brooding chugger with great acid licks. Really like that one.

[Anthony] Probably a good rum and some mixers, maybe a few cans of beer depending on how hard we were going! Matt would probably insist on a bowl of blue Smarties and seven white kittens

[Matt] Not sure, regarding the music, one piece of advice I was given that stands out in my memory was from some years back, I met a music producer at Manchester pride and we got talking and I mentioned our act and he told me “you’ll never get anywhere with that name, you need to change it” Obviously it’d be great if we can have some success with this so I’m keen to see if we can prove him wrong but I guess we’ll see hey?

[Matt] Manchester is obviously a great place if you want to go out and experience music, whether it’s a live gig or a club night. It’s got a fantastic range of venues to cater for just about anything. I love a lot of the stuff they put on at The White Hotel. I Saw Klein perform there recently and was quite moved by that gig. It’s even got a great spot in the increasingly popular Ancoats area called Nam where you can eat fantastic Vietnamese cuisine while listening to some of the finest DJs on a very high end audiophile sound system. Dining out and DJs wouldn’t usually appeal to me but it’s a brilliant little set up and highly recommended.

Talk us through the album

[Anthony] The album is called Preaching to the Perverted and it’s out 3rd March (303 day) on Hello World Records, it spans across 12 tracks but designed to be listened to as a continuous whole and to flow together – we like to think you could stick it on at a party and there’d be no complaints from start to finish.

It’s hard to assign a genre to it as well other than “electronic” it rides the gamut from broken beat electronica with the opening track Ether, through to more techy numbers such as Distinktron and Computer Controlled and into more “acid/rave” territory with tracks like Hype/Reality and Pressure. And of course it tickles and flirts with disco and house throughout too – you’ll have to check it out to see what we mean. 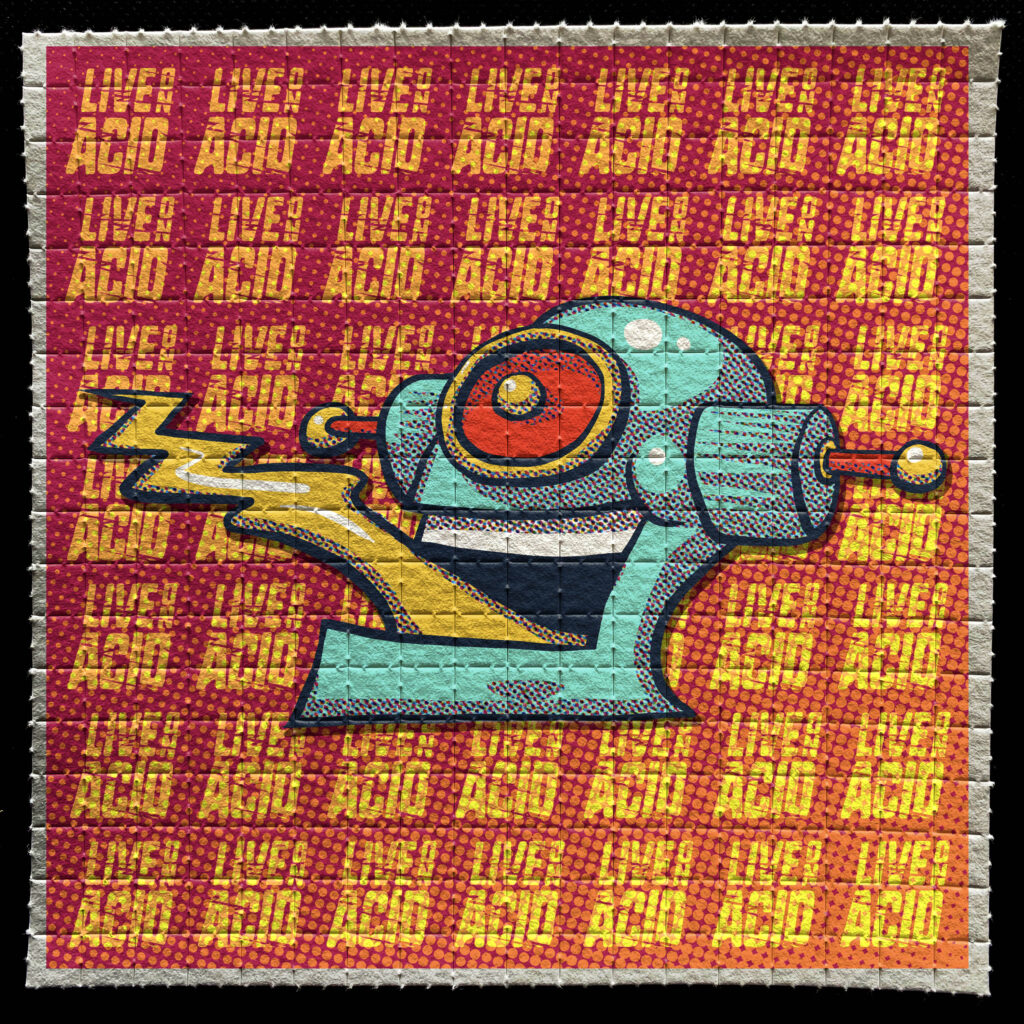 [Anthony] We’re @liveonacid on all social media and you can find all of our available music on our YouTube channel and on our Bandcamp page as well as some of our tracks on the usual streaming services and download stores. The album Preaching to the Perverted will be available everywhere (streaming and download) from 03/03/2022 on Hello World Records