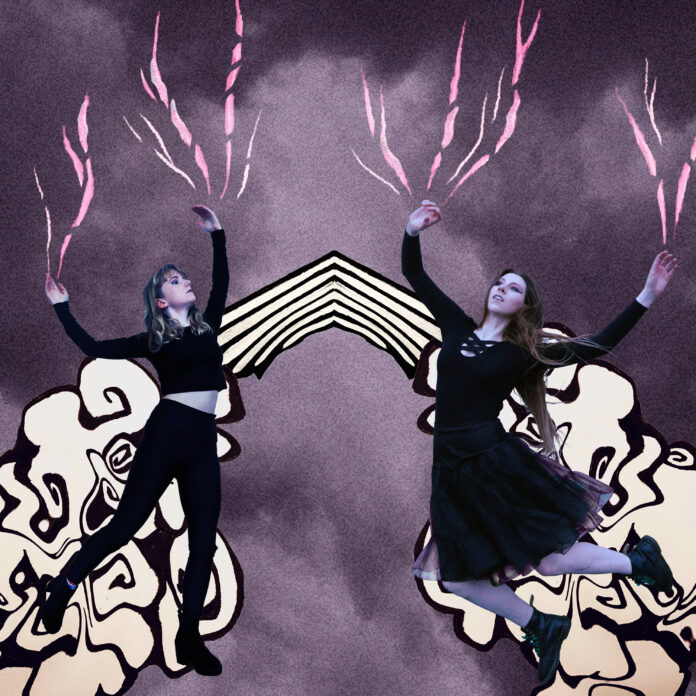 Wednesday’s Child are a London-based duo for whom convention means very little. Blending together jazz and psychedelic rock, and imbuing it with a true punk spirit, the two-piece are difficult to pigeonhole, and impossible to ignore.

Emily Roberts and Georgia Williams began collaborating during the UKs various lockdowns across 2020 and 2021; out of isolation grew connection, and this journey can be traced through the lyrics and sonic progression found in their debut EP due at the end of October. The EP was recorded in an insular and secluded way, mostly in their own bedrooms, and is both written and produced by themselves. The result? A confident and curious new sound in the form of a five track EP.

From the start, the duo was keen to avoid sounding over-produced and didn’t want to compromise on ideas. One way they did this was by collaging the EP with our own noises. For instance, in ‘Begin Again’, you can hear cracking knuckles and giggling after some operatic vocals. These idiosyncratic textures make this EP truly their own.

‘Nearby Nowhere’, the most upbeat of the five tracks, came from Georgia’s love of The Ronnettes. Dealing with insomnia, Georgia was awake one night in January and found these ‘60s-sounding chords on her guitar, and started writing lyrics to express hope and positivity.

Because it was just Emily and Georgia writing and producing this EP, both voices were able to be expressed and heard alongside the record’s inherent idiosyncrasies. With lead single ‘Begin Again’ already earning the band critical acclaim from tastemakers such as When the Horn Blows, it’s clear the band are making the right noises, and with their debut EP now under their belts, that noise is only going to get louder.