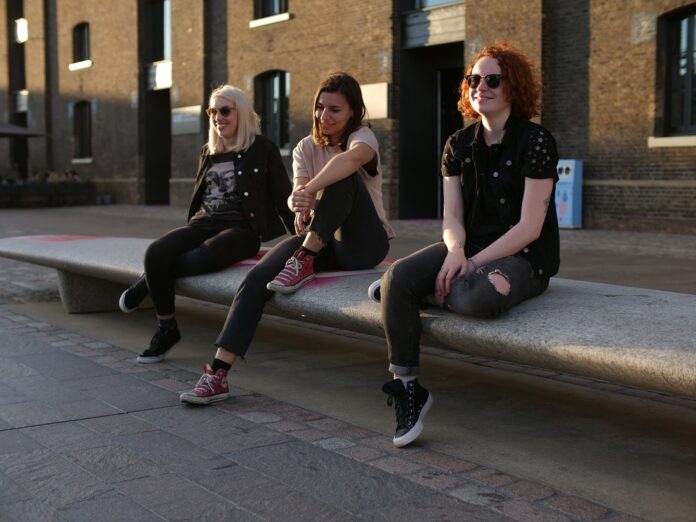 Arriving soon after the release of their Live Sessions From Big Smith Studios, London grunge trio BERRIES return with their second single of the year. A deft balancing act between the angular and abrasive side of the band, and exquisite haunting harmonies.

Described by the band as being “Lyrically, The Expert is based broadly around ‘imposter syndrome’ and the condescending controlling people who encourage this and internal struggles often felt…Instrumentally we wanted this song to build into itself. Adding layers as we journey through the track. Starting off fairly minimal and finishing with layers of effects, fuzzy bass and drums and the repetitive guitar riff which symbolizes the loud and often unwanted voices heard all around”.

It’s this sonic layering which allows ‘The Expert’ to feel like the band taking a confident step forward while fitting neatly alongside their already vast array of singles that have earned the band crucial support from the likes of Huw Stephens, Steve Lamacq and John Kennedy, as well as online championing from Louder Than War and Fred Perry.

It’s not just offstage that the band have impressed, however. Working regularly with national promoters DHP, recent notable shows include Cherry Glazerr and Porridge Radio at Electric Brixton, Ex Hex at Village Underground and supporting Frank Turner in Liverpool, not to mention a Radio X Live Session for the aforementioned John Kennedy. And now, BERRIES look set to add to this, with a headline show at The Grace (London) on August 12th, as well as a show supporting Frank Turner at Hull Zebedees Yard with label mates Skinny Lister, PET NEEDS and Guise on 3rd of September and a slot at Frank Turner’s award-winning festival Lost Evenings IV at Roundhouse, London on September 19th.