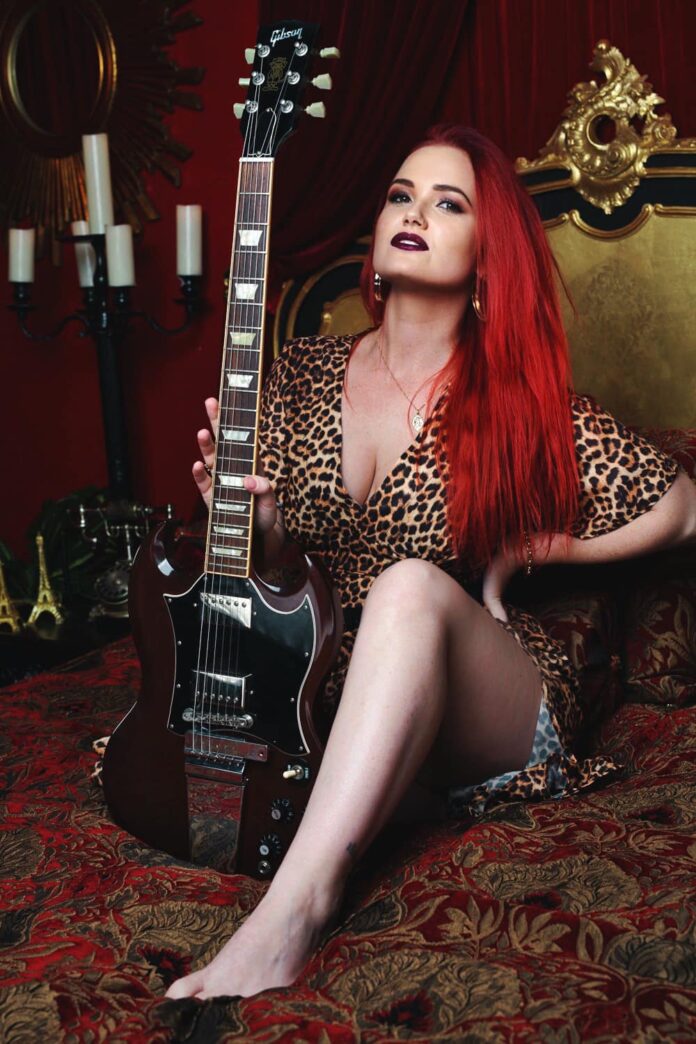 Australian-born, Los Angeles based artist Evol Walks has rapidly emerged as an energetic and enigmatic act to follow. With a healthy chunk of attitude, a dynamite lead singer and a predilection for time-honoured rock ’n’ roll, Evol Walks was originally formed in LA by flame-haired Australian-born Leah Martin-Brown. Having shared stages and lineups with the likes of Johnny Depp, Nita Strauss, The Killers, Everclear, The Red Hot Chilli Peppers, Nancy Wilson, Black Label Society, Within Temptation and many more, Evol Walks’ hard edge takes inspiration from rock legends.

Leah from Evol Walks. I write music and sing!

It can be difficult to capture the raw, electricity of being onstage- especially as there is no adrenaline coming into play. I always try and really focus on the lyrics and the story I am trying to tell. HOW can I tell this story in such a way that it comes through the mic and out the other side in a way that really hits home with the listener. What can I do with my voice to add in the extra OOMPH that would be present onstage? Things like that.

We all met through the Los Angeles music scene. Even though its such a big city, its actually TINY if you live there!

This is such a tough question because there have been so many highlights! 2015 we played the Main Stage at Przystanek Woodstock in front of 250,000 people and that was INSANE! But then last Monday (November 15th) we had our first gig back since the pandemic at Whisky A Go Go in Los Angeles, CA and we were just BLOWN AWAY with the amount of support and love we received. So its kinda tricky…

Edie (Ciao Baby) by The Cult. Absolutely one of my favourite bands of all time and they always get me ready to go for the day!

What other talents do you have? (kazoo playing, champion toast burner…._)

I am surprisingly good with Excel spreadsheets and interior decorating.

It would be our DREAM to collaborate with Mutt Lange… Bob Rock would be pretty incredible as well!

There are SO, SO many bands we would love to open for! I think Black Sabbath would be a big one. Zeppelin also. Monster Magnet… In This Moment… Also Halestorm. The list goes on!

Gun & a Crucifix is a track that explores the fine line between our perception of Good and Evil. What is Good to some might be Bad to others. I am morbidly obsessed with stories such as Jonestown and Heaven’s Gate (as an example) and find it so interesting that people that were perceived by those loyal to them as “Good” were so, so destructive “Evil”. So I wanted to play a character when writing this song and explored the symbolism that exists within an object such as a Crucifix (Good) and perceived evil of a Gun.