Rescheduled Macclesfield in May….
Is now Macctober Fest! Tickets on sale now!

The final release of tickets out now

Macclesfield has a huge history of music it was the home town of Ian Curtis and Stephen Morris of Joy Division, and Gillian Gilbert, who along with Stephen Morris was a member of New Order. A memorial to Curtis is located in Macclesfield Crematorium.

Other Macclesfield acts to have gained recognition include The Macc Lads and Marion. Silk Brass Band, the Macclesfield-based brass band, won the National Champions of Great Britain title in 2003.

Despite having a rich musical heritage Macclesfield has few cultural amenities. In 2004, research was published in The Times naming Macclesfield and its borough the most uncultured town in Britain, based on its lack of theatres, cinemas and other cultural facilities. This festival is part of an initiative to overcome this.

It is recorded in the National Heritage List for England as a designated Grade II* listed building, and is under the care of the Churches Conservation Trust and was in use until 1981 with a stained glass window behind the stage that will take your breath away.

The festival is a non-profit initiative working with The Christie Cancer Hospital, who are opening a centre in Macclesfield which has been delayed due to Covid. For more info in the new hospital www.christie.nhs.uk/the-christie-charity/why-we-need-your-help/what-we-are-fundraising-for/the-christie-at-macclesfield. 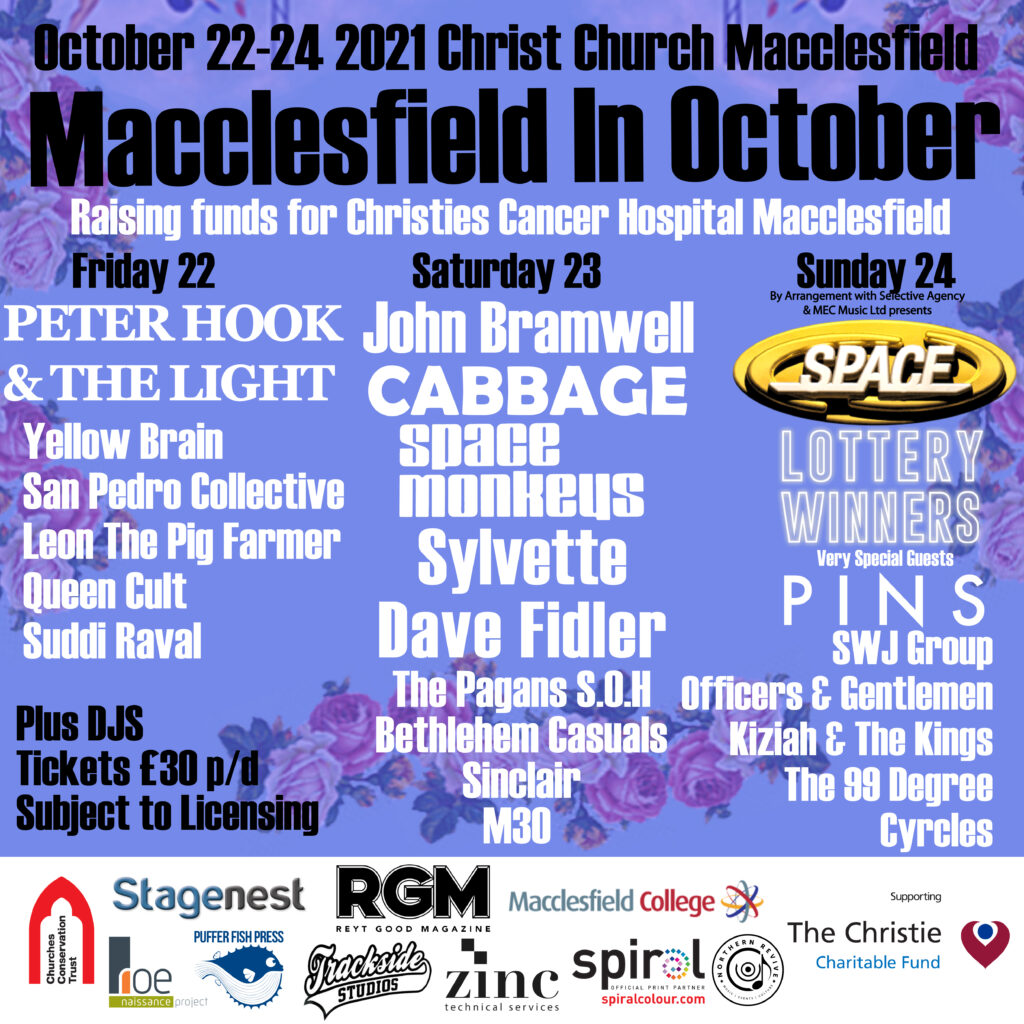