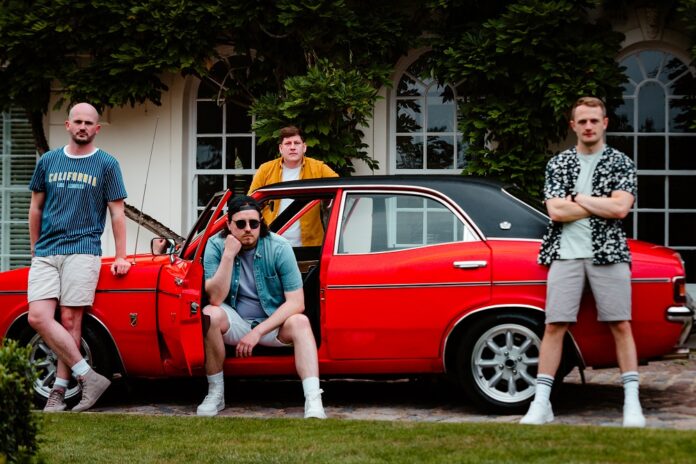 “There aren’t many places on Earth better than Rochdale,” Northwest indie poppers The France explain. “But California is one of them. San Fran, San Diego, LA: we fell in love, and this is for them.”

A feel-good summer anthem if ever there was one, the recently released ‘California’ was the perfect accompaniment to the UK’s recent heatwave; it’s upbeat anthemia the perfect combination of ‘80s synth and soaring pop.

Now ‘California’ has undergone the remix treatment courtesy of Sidelmann, a producer whose trademarks of ‘80s synth pop, commercial EDM lend themselves perfectly to The France’s overt pop aesthetic.

With remixes already under his belt for the likes of Flo Rida, Avicii & Leona Lewis to name but three, it’s clear that The France are in good company. And though the nights are steadily getting shorter, ‘California (Sidlemann Remix)’ is one way to keep summer going, just that little bit longer.