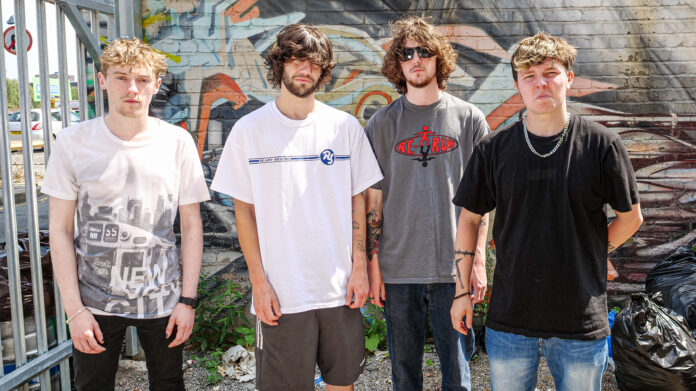 Supera Morza reign from Manchester and Bolton and combine alternative grunge with a more experimental approach to rock / punk.

Four young lads who met in high school, making music to channel their inner passion and connect with their audiences on a deeper, more visceral level.

Their debut single ‘Scrubber’ released in March has already turned some heads including the likes of BBC Radio 1’s Gemma Bradley saying “I cannot believe that this is a debut single!” as well as BBC 6 Music’s Tom Robinson calling it a “blazing debut single” and advising listeners to brace themselves.

After selling out their debut show in September within just six days, Supera Morza are set to tear the house down with the release of their second single ‘Roadkill’.

“This track seeks the source of the burning passion that is hatred” explain the band. “Hatred is a strong force that we all feel deep down, or let it free on the surface. So this track is for someone or something you hate, and it brings out an uncontrollable or uncomfortable feeling that can only be subdued by screaming the words to this tune.”