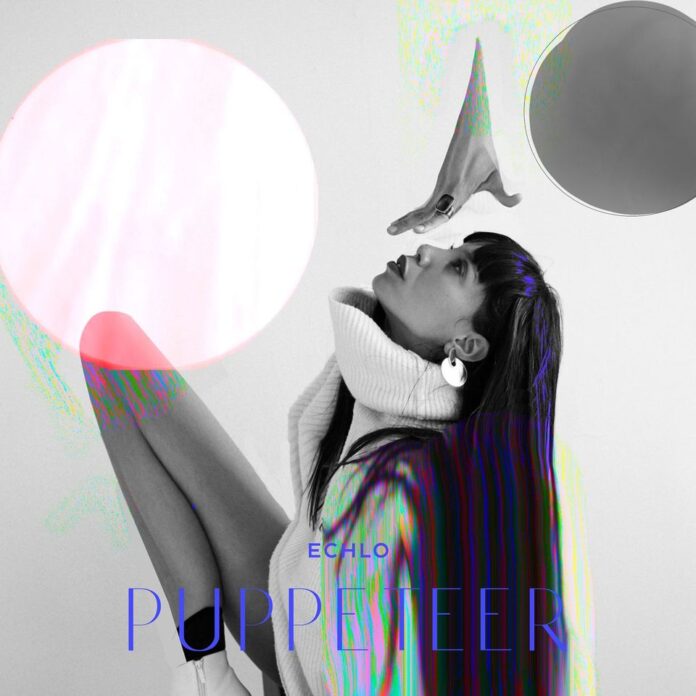 ECHLO is an artist that knows a thing or two about breaking free. Chloe Charles introduced ECHLO to the world with her 2019 successful introductory EP ‘Echolocation‘. “ECHLO is my artistic reinvention. ECHLO evolved from Chloe. I’m not disassociating from what I’ve done in the past; I’m proud of that work and it’s a part of me. Besides being an anagram of my name, ECHLO makes music in a different genre, is further reaching, allows me to be more outspoken, less reserved and unapologetic about concepts and feelings.”, she says. ECHLO, as Chloe Charles, has certainly been turning heads ever since she broke onto the music scene by winning multiple awards, performing upwards of 1,000 shows across twelve countries and gaining accolades from sites such as Rolling Stone and Billboard.


I just needed to create and express and communicate through my voice and sound. It’s as simple as that. Lol.

I usually write the music first and then I just sing gibberish overtop until words start forming. It’s always been an odd experience, quite meditative or rather spiritual. It feels like I’m tapping into my subconscious and through this process, messages, feelings and stories bubble up and out.

I usually close my eyes and disappear into the music on my headphones. I like it loud. I dance as if I’m in front of an audience. I don’t focus on perfection but rather on feeling the song.

I usually write the music first and then I just sing gibberish overtop until words start forming. It’s always been an odd experience, quite meditative or rather spiritual. It feels like I’m tapping into my subconscious and through this process, messages, feelings and stories bubble up and out.

I met Lucas Marston, producer, through my bestie who is also a musician. I met Neil Whitford, co- writer, ages ago before I'd ever even played a live show. I had just written one of my first songs and played it for him at a little gathering and he encouraged me to perform live. We’ve been working together in different capacities since.

Montreal Jazz Festival. We played for a sea of people, maybe 8,000 to 10,000. The crowd was the most incredible audience ever. I have never felt so connected. Add to that, a storm broke out while playing a dark tune just as I sang the line “You sold your soul to the devil”. It was epic. Montreal is a special place.

Veggies and hummus. Salada. Haha. After Touring for so many years, I always ask for healthy snacks because when I’m tired and stressed I tend towards sweets so it’s better if they aren’t in front of me. Also, it’s so easy to get sick on tour.

I am also a visual artist. I paint and illustrate and do my own graphic design. I also write poetry and short stories and am working on an experimental memoir. I can also put my legs over my head, do a 5 min headstand, sing so low that I sound like a man, dislocate my shoulders on command. Oh and I can do a pretty perfect yoga stomach vacuum. What’s
that, you ask? Google it. It’s pretty weird.

I would never have invented the internet so we never would have had mp3’s and thus, music would be more tangible. I know this is ridiculous but I think people would be more appreciative of the music they had. Like everything else these days, it wouldn’t be so
disposable.
If you could collaborate with any band / person / producer who would it be?
Kiasmos

You can control your thoughts

More singles. More partnerships with video artists. All culminating in the release of my album “I Was I”

How are you coping with lockdown?
Oh god. Well, I’m so thankful that when it started I had a 5 month old baby girl to dote on. Now that baby girl is 2 years old and she has a little brother who is 5 months old.  It was so hard to have 2 little babes during lockdown and little family support but I must say, it’s hard to be too down when spending time with them. TBH, it’s been really difficult.

I guess remote collaborations have become more popular. That's been a game changer for me. I’ll always opt to work in person if we’re in the same city but if not, remote working has just opened up a world of possible collaborations.

It’s super diverse. I guess hip hop is a big thing here or what were known for these days. I mean you can find it all

If you want to see some of my art you can check out my website.
www.echlomusic.com
Of course all my socials. Main ones being:
Insta @echlo
Facebook @echlo

Puppeteer should be relatable to anyone out there struggling to cut the strings in a toxic relationship, whether platonic or romantic. Sometimes we find ourselves in a position of power over someone else, the master in a love affair. We have all been masters and puppets in some form or another. At some point we have to cut our strings and break free.
I am very excited about this video. It comes out on October 29th. I collaborated with Dusty Deen, a fabulous video artist. He animated some real footage of me singing and a little dance I created where I’m the puppetmaster manipulating 2 others. There are a few other little surprises. Working with Dusty was incredibly rewarding as he brings such a unique and dynamic style to the screen. His finished work is so intelligent and unique. Because of him, I think that Puppeteer is engrossing, sensual and seductive at the same time. I just love it, and I encourage everyone to go and discover more of Dusty’s work.