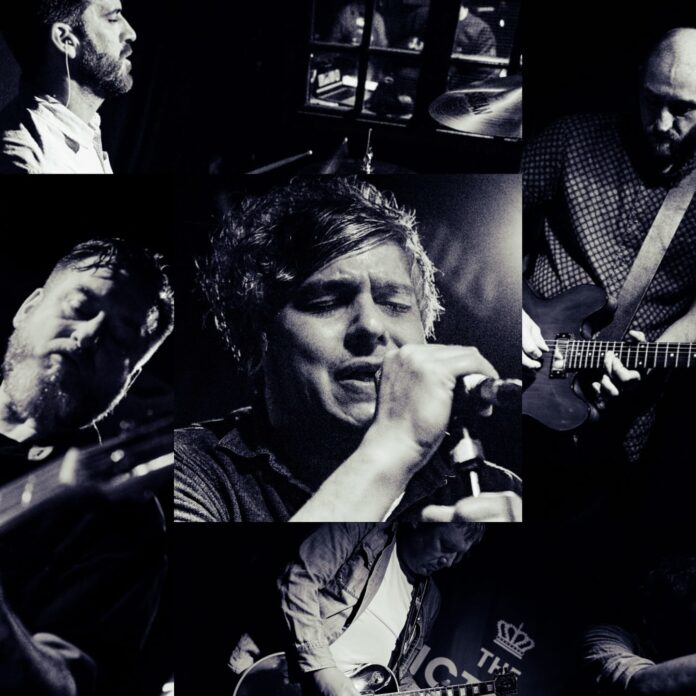 Birmingham based 5 piece giving you songs with melody and venom in equal measures. With a nod to influences like The Cure, Editors, Bloc Party and more we’ll have you jumping around and singing along from the word go.

“I Need To Win” is going to be the fast paced, anarchic reflection on a year that has brought the world to its knees. It’s already gained radio play and recognition from around the world and this indie rock ‘n’ roll storm doesn’t show any signs of slowing down.

What did they have to say when Northern Revive had a chat with them?

Northern Revive: How do you transfer that onstage energy to the studio?

By Devices: We have only just learned that recording and the live sound are two different art forms. When we first started recording we were desperate to try and capture our live sound. We’ve now realised that you get much better results  being creative in the studio and to not be afraid of changing or cutting a section of a song if it isn’t working. If you want a live sound, then get the best quality recording you can playing a live set. Workng with a studio that you respect helps. Their fresh ears and suggestions should be given a go you never know what magic they can bring to the track!

NR: Introduce yourself in less than ten words?

BD: Having been around to have experienced the trials of the old school system of recording demos, sending them off and trying to get A&R out to our gigs, we love the new opportunities streaming and social media give us to get our music heard by the world, and to engage with music fans. The change we, and probably most of our fellow artists would want to see is the multi billion dollar streaming industry taking a long term view, and investing a good deal more of their profits in new talent. The industry successfully pulled off the seemingly impossible by embedding the subscription model, but then undermined the value of recorded work by failing to share the proceeds fairly, then infamously blaming artists for their laziness!

We could all name legendary artists who released very little material, but what they did produce was pure gold. So come on streaming services, invest more and give your industry a bright future. Or watch as artists, creatives that we are, find another platform that shares. Maybe in the future we can have a fair share mark that fans can look for when picking a streaming service. Like they do for bananas and coffee!

BD: Well there’s all our socials, YouTube and our website, which to be honest are all in their infancy. We’re working hard to keep them updated and fresh for our current audience and people who are discovering us. We try to post something every day about the band, what we’re up to etc. You can follow us on most social platforms just search by devices. In terms of merch, we unfortunately can’t sell you a tee at the moment as we don’t have any. We could send you a couple of badges and a CD of our first single if you want. It is something we’re looking into though but it’s a case of demand. We’re still building our audience and I hate to get all business minded but merch for any band is a big investment so I guess we’re a little nervous about committing to it, we can see our audience numbers slowly growing but are they growing enough and interested enough to buy stuff off us. Either way when we start doing them you’ll be the first to get one in the post.

BD: Spiced rum, cider and red wine. Crisps and honey for Ced (front man) some falafal for Jimmy (guitarist) and a bowl of only the red m and m’s. Maybe a few other snacks but definitely only the red m and m’s, and alphabetti spaghetti but with all the vowels taken out. You can tell how many riders we’ve ever had. 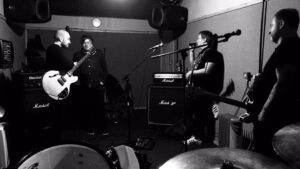 BD: “I Need to win” is really about being an underdog and striving to be better, to make things right. It’s found new meaning in the current climate where it feels more of a track about perseverance, being strong mentally and coming through to the other side unscathed.

BD: We all met through mutual friends on the music scene at various times in our lives. Me (Ced), Matt and Jim formed the original line up and we found Dave and Rob along the way. We all have different music influences but share a mutual appreciation and that’s probably why we all still get along really well… Most of the time.

NR: If you could collaborate with any band/person/producer who would it be?

BD: Guess that would be different for everyone, but personally I (Matty) would love to record with John Leckie. He was a trailblazer in the 80s for layering up music into a majestic soundscape making recorded work a completely distinct art form from the live sound. The Stone Roses’ 1st album was a masterpiece, and each song had it’s own personality. The contrast with earlier demo recordings is stark. The songs were always mighty though, even in their raw form.

BD: “I got a sure thing” by Ollie and the Nightingales, it was on while listening to a Memphis soul playlist.

BD: We’ve been lucky enough to work with Gavin Monaghan on all three of our singles including this latest release, he’s a man we admire and respect. We were trying to work out what to do about a middle 8 section we had for our new track “I need to win” and he said something like…. “if it ain’t working just f**k it off”. We did just that and created something else…. it now sounds amazing, the man is a genius!