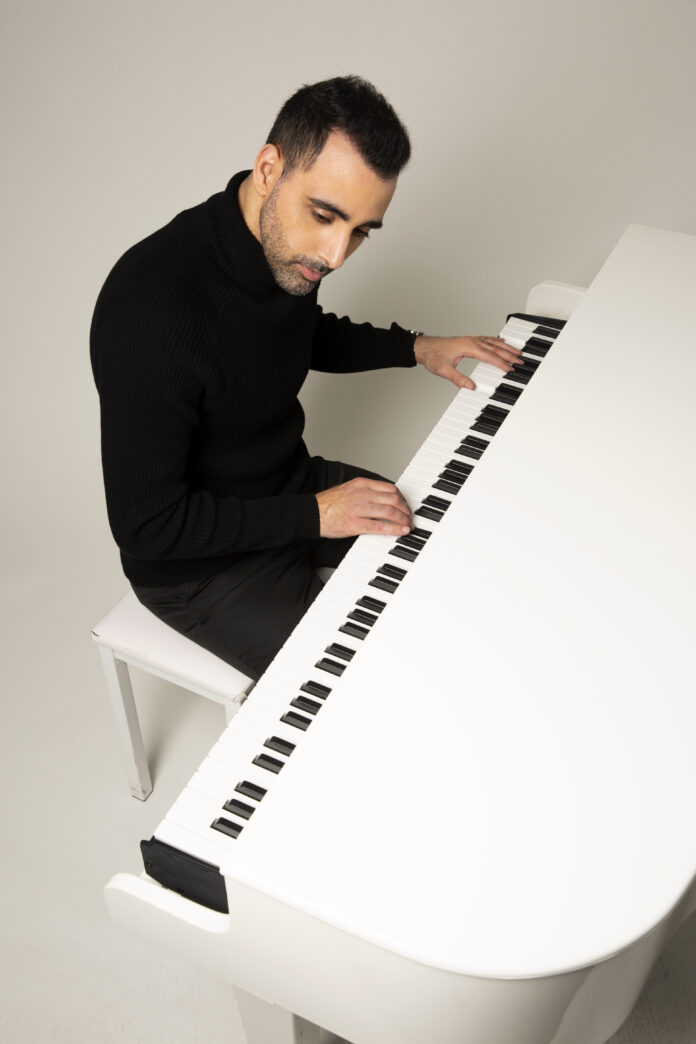 Multi-cultural artist Ramzi was born to Lebanese parents, he grew up in Nigeria and later moved to London where he now resides. An accomplished musician, singer-songwriter and producer whose music is influenced by the likes of pop, soul, afrobeat and power ballads, there’s no limiting Ramzi to one genre. As an artist he has amassed over 6 million Spotify streams and 16 million views on YouTube. He has written for and collaborated with a number of well known artists such as The Overtones, Backstreet Boys, Rudimental, Taio Cruz and Kenny Thomas. On social media, Ramzi has been praised by artists like Ne-Yo and Afrobeat superstar Tiwa Savage. In 2018 Ramzi discovered a heart problem which resulted in a life saving operation. Since then Ramzi has had one goal in mind, to make as much music as possible, to make people feel good and have a positive effect on peoples lives.

A multicultural and eclectic singer-songwriter, instrumentalist and producer.

I kinda feel like music chose me, rather than the other way round. As a baby it would stop me from crying. As a little kid it drew me in watching musicals and Michael Jackson. Then when I was 8 by chance my mother asked me if I’d like to try out guitar lessons. Once I did I was hooked and the rest is history! When all the other kids were out playing games after school I’d be in my room practicing and writing songs.

Me and writing have a love hate relationship Lol. Sometimes I can be at it for hours and nothing sticks like banging my head against a brick wall. Whereas other times it flows and it’s lots of fun. If I’m writing a ballad it usually starts on the piano or guitar and once I have a nice melody or chord pattern I start writing the vocal melodies and lyrics. If it’s something up-tempo I usually produce the instrumental or a beat and let it play repeatedly. Once there’s a vibe and I’m in the zone I start writing.

I think onstage will always be a completely different experience than in the studio while writing and recording, but I always try to sing like I’m performing for thousands of people. I always go for it when performing live and I never want to give any less when recording in the studio.

It’s a song I’m proud of that I think many can relate to. I co-wrote it with a friend and talented songwriter Rawaa Barnes. We wanted to talk about being in love and how difficult it can be, but even through the constant challenges we always crave it. At the end of the day love is what I believe we all live for. It’s simply amazing like the title. The video is set on stage in a London Jazz Bar with me performing while the lead girl acts out different emotions around me.

If you could change anything about the industry, what would it be?
I’d make it an even playing ground for artists and make it all about the talent, music and what each artist has to offer. Because at the moment I feel like success in music is mostly based on trends and what’s seem is in fashion. Right now it’s more about being an influencer than an artist half the time IMO.

There have been a few but one that stands out is when I supported The Overtones for the first time in Hull. It seemed like a daunting situation, because I had never been to a place like Hull and was performing for an audience of a few thousand people that I felt unfamiliar with and I had no idea how they were going to take to me. I came on stage feeling nervous (which doesn’t happen often) and saw all these people just starting at me in silence. But by the second song I had won them over and they were cheering and singing along. I came off stage and had loads of new followers on instantly on Instagram, fb and twitter. I loved the feeling and said to myself I wanna do more of this!

It’s called ‘Best Thing’ by Janine. I’m lovin’ her lush airy vocals and the moody the instrumental. If you’re an R&B head make sure you check it out!

Whether I’m performing solo or with my band I always bring my electric piano (unless there’s a baby grand at the venue) and a guitar or two. I’d need 2 mics + 2 stands for when I’m sitting down and when I’m standing up performing. Other than that it’s pretty standard…in ear monitoring preferable or monitors (wedges), a green room where I can get ready and do vocal warm ups, food and lots of room temperature water!

That’s easy…midnight fridge scavenger, The most one track minded man on the planet who can ironically play instruments and sing at the same time Lol! Oh and a walking hazard sign! #clumsy