Sonically, Murderers is the product of various musical directions suddenly snapping into place to form a cohesive, organic whole. Disparate influences across genres melt into warm, dark, fuzzy but melodic soundscapes. The synthpop sounds of John Maus join harder synthwave influences, with the melancholy of The National set against vocals inspired by new romantic and post-punk.

Sleep is the first single from the Tape One EP, due for release in early 2021. The track will be available on the 4th of December, 2020 on all major streaming and download services.

Northern Revive: Please introduce yourself in less than 10 words…..

LT: In lockdown? Everything I can get my hands on…

LT: My earliest memories of wanting to play music are from listening to my Mum playing piano when I was barely out of nappies. I learned classical piano throughout my childhood, although I stopped after Grade 6 when A-Levels got a bit intense. My younger sister plays piano (much better than me) and my younger brother plays guitar. That prompted me to start learning a bit of guitar, but I’m rubbish. That’s not false modesty – I know about 3 chords. Since highschool I’ve written and recorded songs with friends, occasionally playing small gigs. That’s ranged from grunge to glam to electronica to chiptunes, but I didn’t really feel like I had a solid musical direction until now.

LT: I don’t think I really have a process – at least not yet. Every time I write a song it’s a little different, although I suppose there are common factors. Sometimes a melody will pop into my head, and I’ll hum it to myself frantically until I’m somewhere quiet  (or at least not in the shower) so I can record it on my phone for later. Some songs – as with the track Sleep – just appear suddenly almost fully formed, and I’m more guiding than writing. Sometimes I sit down to write something and work from the ground up, perhaps with a mood in mind rather than anything specific. I find, particularly in that last case, the song I end up with really depends on what instrument I’m thinking of. There are clear differences (at least to my ears) between songs I’ve started on synth, piano, guitar or just vocals. It gives me an easy trick to change gears if I feel my writing gets samey, which feels a bit like cheating! 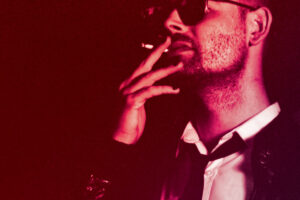 LT: Murderers started as a primarily live project – or at least that was the intention. Honestly, I’m much more about performing than recording but the pandemic limited my options! Lockdown started just as I was really finding the sound of Murderers, before I’d played; my plan was to finish a few songs and do some gigs or just open mics, and take it from there. But recording is part of writing for me – I’ll quickly record scratch tracks and fiddle with them as I go. So when coronavirus shut everything down, it was natural to take those tracks and start treating them more like demos. And as lockdown continued, they gradually became less like demos and more like real tracks. But you can hear, I think, that they were started that way. It works well, because Murderers isn’t about a highly polished sound. I have no way to know how these songs compare to the as-yet-nonexistent live versions but I’m excited to eventually find out!

LT: I’d generally pick Star Trek, largely as it’s the more sci-fi of the two. But it’s also far more politically aware and nuanced, whereas Star Wars seems blissfully ignorant of any problem posed by its universe (and there are a lot!) which doesn’t rise to the level of outright facism. But Star Wars is still great! And Super Ted, because I have taste.

LT: Almost always music. But I’m always writing down snippets of ideas for lyrics – more like concepts I want to write about than actual lines. Often, having written a riff or a chord progression or a melody or all of the above, the sound will suggest a theme to me which lines up with one of those ideas, and that becomes the starting point for the lyrics.

LT: Given Spotify have just announced their desire to go back to the bad old days of payola, I’m steering clear. I’ve been listening to a lot of older music by justifiably angry women over the past few days – Skunk Anansie, Queenadreena, PJ Harvey and so on. Feels like what’s needed right now.

LT: I’m a game programmer and designer by day (and often into the night), but I’ve also dabbled with film making and a little bit of physics (just to PhD level). Also I’m able to dye hair with no more than 40% of it getting all over the bathroom.

LT: Right now, probably The Weeknd. I’d love to see how our styles would mesh! 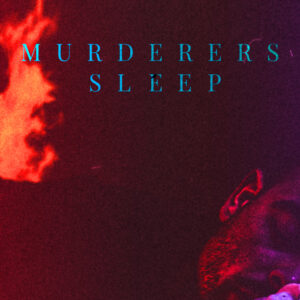 LT: “Sleep” encompasses a lot of what Murderers is about, both musically and lyrically. It’s wide and dark, with 80s synths accompanying Radiohead-esque guitars, and lyrics which express outward frustration at real-world issues through an instrospective lens. Musically, this was one of those songs where the key parts spring into your mind almost fully formed. A chorus suddenly existed in my head and the rest largely wrote itself from there; it almost feels like it’s not really mine. It’s better for that – catchy, but melodically and rhythmically less obvious.

The lyrics are quite pointed for me. They allude – through a personal framing – to themes of empathy, othering and the fetishisation of personal responsibility. But what it boils down to is, maybe don’t put children in fucking cages.