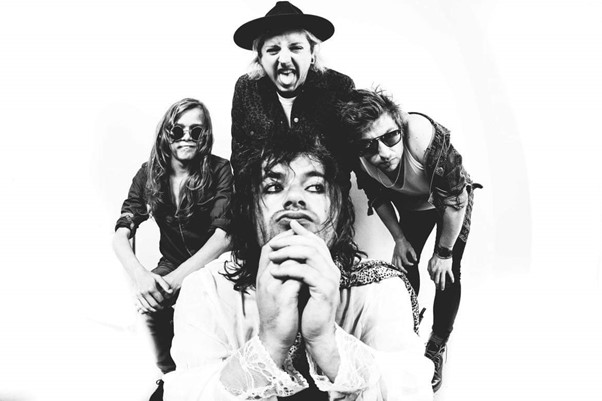 Bringing back the sounds from Rock ‘n’ Roll’s heady and hedonistic heyday Midnight Chíc are a four-piece glam rock band from Newcastle.

Taking influences from The Struts, Dirty Honey and singer Joan Jett and The Blackhearts, the band successfully balance the classic and the contemporary british indie scene effortlessly.

Their rhythmic, high energy second single ‘Can’t Get Enough’ is the embodiment of rock ‘n’ roll, its opening weighty drums and memorable melody give bolster to the bands flamboyant glam-rock aesthetic, something which sets them apart from their contemporaries.

On-stage, their command of the crowd and stage presence are enviable, with frontman Timmy Taylor casting his charms upon an audience he holds in the palm of his hand. Having played sold-out shows all over the North East of England in venues such as Think Tank, Riverside and O2 Academy Newcastle it’s clear that the band are the cusp of something special.