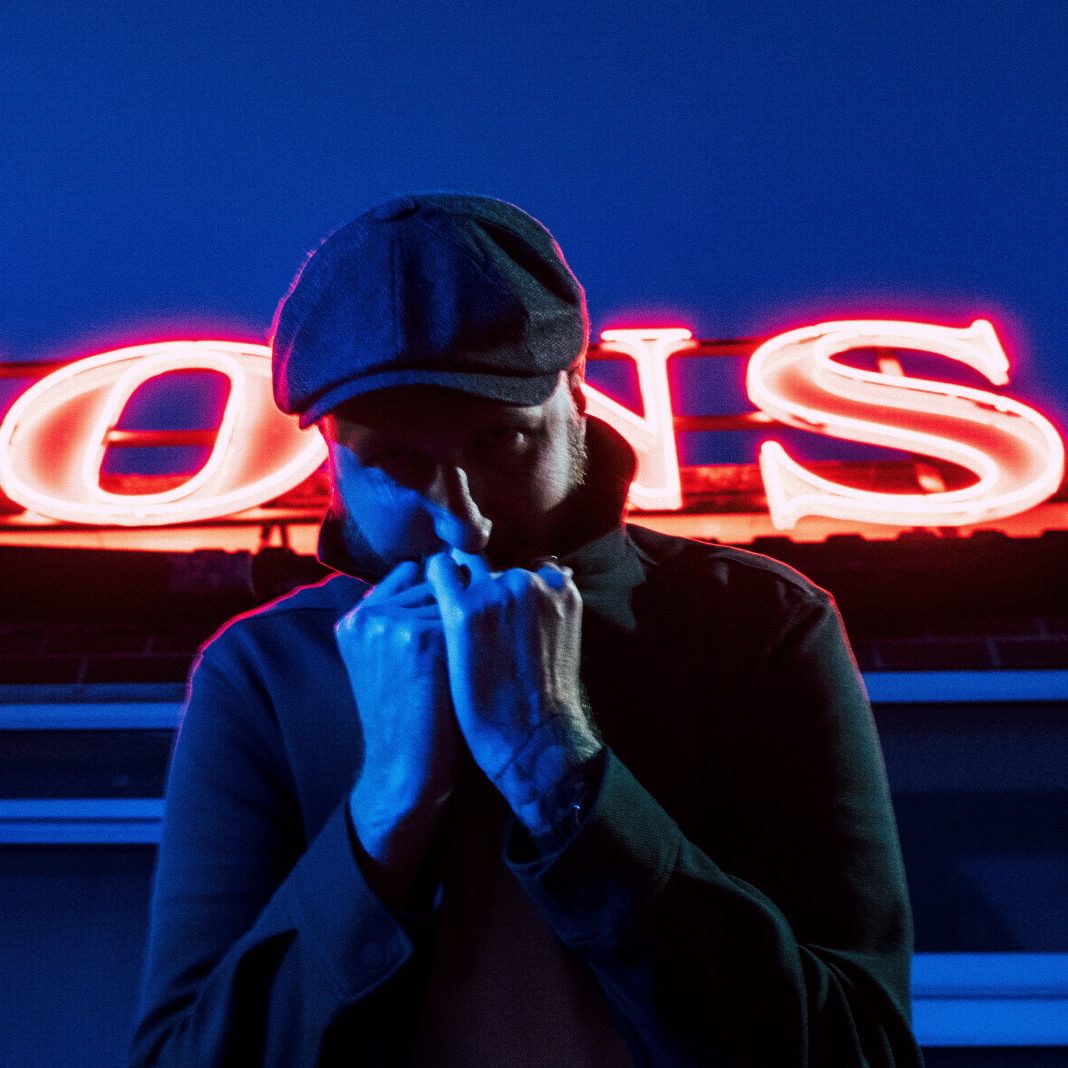 Opening for Graham Coxon on one of the Blur legend’s rare recent gigs convinced Stoke troubadour Nixon Tate that one day he would go solo.

With his band The Honey Club, he had caught the attention of 6 Music’s Tom Robinson, as well as BBC Introducing in his home city. A series of sold-out live dates and festival appearances cemented Nixon’s reputation as a storyteller with soul.But it was the Graham Coxon support slot at the end of 2018 with The Honey Club that sowed the seed for this solo project. Nixon wanted to see what would happen if he created music alone, with only his unique vision to guide him. Now is the time for Nixon Tate to strike out on his own: on 24 July, his debut solo single ‘Gentle and Ruthless’ the first song from a four-track EP, will be released
Northern Revive: Kindly introduce yourself please
Nixon Tate: I’m much less miserable than I look.. I think..

NR: What made you want to get into music?
NT: I dunno, I think it’s just in me, I’ve always sung and messed around musically.. whether that be singing Queen songs whilst playing a tennis racket at the age of 7 or having the compulsion to write songs.. I just think it’s something i’ll always do in some capacity.
NR: What’s the writing process?
NT: The process is to not have a process.. if I had an exact formula I’d be closing myself off too much… sometimes the trigger is a word that rolls into 3 verses and there’s no music for months, other times its one line that happens to fit with a chord pattern and it rolls from that, other times someone says hey I have this piano line, do you have any words…
NR:What has been the best gig you’ve ever played and why?

NT: Supporting Graham Coxon last year was pretty great, it was a new type of show and venue for me, it was in a theatre in the round and everyone was really respectful and listened, it was like being at the Snooker..  but the response was amazing on the night… the pressure felt more intense, spotlights were on and I couldn’t really see any faces, just feet… but i like pressure

NR: What was the last track you played on Spotify?
NT: Denver Haircut by The Hold Steady
NR: If you could change anything about the industry, what would it be?
NT: I guess a lot of musicians would say the same, but i think its time the major streaming sites paid musicians fairly.. sustainability right now for 99% of musicians is a pipe dream.. but to be paid a fair amount from those sites would go a very long way in helping support the artists who actually make the whole thing viable in the first place. There’s lots of facets to this but people think most musicians want to drive round in a Bentley and wipe their arses on £50 notes… they don’t.  For me anyway, I just want to make enough money to help me continue to make music

NT: Always turn your duvet cover inside out before you attempt to put it onto your duvet.. wise words

NT: Play a few gigs and see a few too, really looking forward to not having to think about what i’d like to do because i cant do it currently…. a few nights throwing shit dance moves at dirty night clubs are on the horizon
NR: How are you coping with lockdown?

NT: Pretty well, it’s given me time to slow down, take a look around and re-energise… I’m just about bored to fuck of it now though… looking forward to getting out and about in the not too distant future

NT: If you haven’t Facebook streamed a ‘lock down  gig’ or released a ‘lock down session’ video are you even a band… I haven’t yet so I mustn’t be. I have to say some of them have been really great but others not so much…

NT: The track is pretty much an extension of a fleeting internal conversation about old relationships and questioning how things managed to go awry… The video tries to reference that interior/exterior struggle and the thought processes within it, hopefully we’ve managed to capture that feel.

Nixon will be marking the debut single launch with a live-streamed performance on the day of the release. Tickets are available for free from his website at nixontate.com.