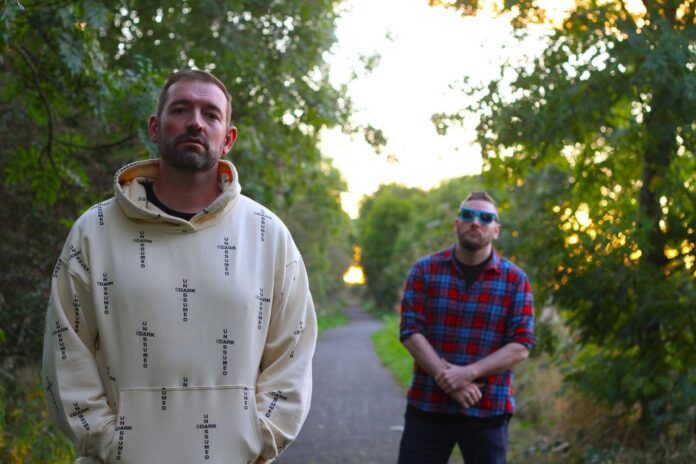 Northeast based duo PSiMiTAR return with hip-hop infused new contender ‘Better Believe It’. Composed of producer / rapper Steesh aka Baron Von Alias, and vocalist & DJ, LKP, they’ve been putting out their unique take on UK hip-hop soul under this alias since 2020. Receiving praise from BBC Radio 1, Grammy award-winning Brasstracks, BBC Introducing and Narc Magazine to name a few, the duo have had tens of thousands of streams and support from DJs across the globe. Back with the astonishing new single, ‘Better Believe It’ sounds somewhere between the grooves of Tom Misch and style of Anderson .Paak.

I have been involved in music ever since I can remember really, I used to buy cd singles constantly and built up a large collection, those cds always used to have instrumentals on them which I would use to record over and make my own songs. This developed into me wanting to use my own unique instrumentals, so I began learning to produce my own music. I began by sampling and learning from and imitating the greats, such as DJ Premier and Dilla. I have always enjoyed creating and trying to produce something different and unique. I always approach a new track with the idea to do something extremely different from the last thing I did, just to keep myself on my toes more than anything – Steesh

Ever since I was singing in the back of my parents car as a kid, watching Top Of The Pops in front if the fire, and getting access to some decks, I knew that music was the one thing I wanted to do. I was lucky enough to sing with bands through my school days, and as soon as you’ve had that buzz of getting on stage, regardless of the size or significance, it's hard to lose that desire – LKP

As a producer first and foremost, I make a lot of music. I can make hundreds of beats, and the ones that stand out to me just inspire lyrics instantly. Sometimes melody ideas spring out and just trigger a subject or a feeling and it just flows out. I record a lot of voice note vocal melodies or patterns that fit to the beat then work around those and fit it all together like a big jigsaw. I collaborate with LKP and we fire ideas around and work out what to do on tracks, using my rough vocal ideas as templates and develop the songs around those ideas mostly. Sometimes a hook idea just jumps right out and we run with it, sometimes it takes a little more time to figure out the right idea for the track. Each time it can be different really, but I would say that is the general approach we take – Steesh

The best gig for me alongside LKP was probably in our previous group Big Beat Bronson, as we are only just beginning as PSiMiTAR really.. we have played some incredible gigs together over the years, from BBC Radio Ones Big Weekend, T in the Park, Secret Garden Party, Loftas Fest (Lithuania), Split Fest and so many more… but I would have to say my favourite was Evolution Festival, opening the main stage before the likes of Rudimental in our home city, in front of our home crowd, down by the quayside on the river Tyne. The atmosphere was amazing, we had a huge crowd in front of us and everyone was just having an incredible time, we threw out cds, t shirts, ourselves, everything was left out there haha. We had outfits, routines, it was a complete experience. Amazing memories that I will never forget – Steesh

This might require an explanation, as most people would put something very cool here, whereas mine is the Megan The Stallion version of BTS ‘Butter’ as I share my Spotify account with my family, and BTS are my daughter’s favourite band at the minute! I can’t lie though, it’s a banger.

I actually went to uni to study animation a few years ago, as my final project I made an animated music video for one of my own songs, which went on to receive worldwide praise and awards at film festivals all over the world. It really took me by surprise at just how well it did. Then a few months later I managed to land a job in the Visual Effects Industry working on blockbuster movies, which had always seemed like something so far out of my reach, to then achieve it and succeed in doing something I had dreamt of was an incredible feeling, being involved in huge movies and seeing my name in the credits was like me finally realising that I could do anything I set my mind to, I guess you could say that is part of the motivation and inspiration behind our new single Better Believe It.

For me, Children of Zeus or Jacob Collier. I love the whole vibe of everything CoZ do, and they seem like proper down to earth northern lads, and to tour with them would be immense. I’d love to hear how Jacob Collier would change what we would do, he’s phenomenal. A studio collaboration with him would be mind blowing – LKP

I think the best advice for me is and always will be, to just be yourself. Don’t try to emulate or copy anyone else, do your own thing. Experiment and find your own sound, style, energy, groove. Then everything else will just fall into place, when it feels right for you it feels right for everyone else. It can sometimes take a while to really uncover your true self within your music, but just be patient and keep creating and it will come. Try out new things, don’t be afraid to do something that pushes you out of your comfort zone and just have fun with it. I began just using music as a hobby, a form of fun, a release… which quickly developed and threw me into some amazing scenarios I could never have imagined, I think a lot of that was down to just not taking myself to seriously and being open to new ideas, staying dedicated but always having fun.

It’s in a really really good place. Even breaking it down on a really local level, you’ve got people like L. Devine and Sam Fender who are both from literally down the street from us, to DJs like Christoph and acts like Smoove &amp; Turrell who are killing it too. It’s really really good to see some people being taken totally seriously from up here and not being treated like a novelty act for having a North East accent.

‘Better Believe It’, is all about the positive vibes! Its about believing in yourself and your ability to achieve anything once you set your mind to it. Its speaking on a very personal level for myself (Steesh). I had never really been very confident in my self and my ability for a long time, but those thoughts have changed massively nowadays. I have always set myself personal targets about music career goals, or other life goals. Each time I have surpassed and blown those goals out of the water, because I just believed in myself and focused on what I wanted to achieve. If I can do it anyone can, you just need to focus and work hard towards your goals. We really wanted to bring an uptempo retro vibe to this one, funk it up a little with some stabby horn riffs, a catchy hook melody and funky talkbox vocals, I had the idea to change my vocal style up slightly on this one with a kind of catchy, sung, rap element leading into the hook. Hopefully it comes off as upbeat, positive and packed full of funk – Steesh