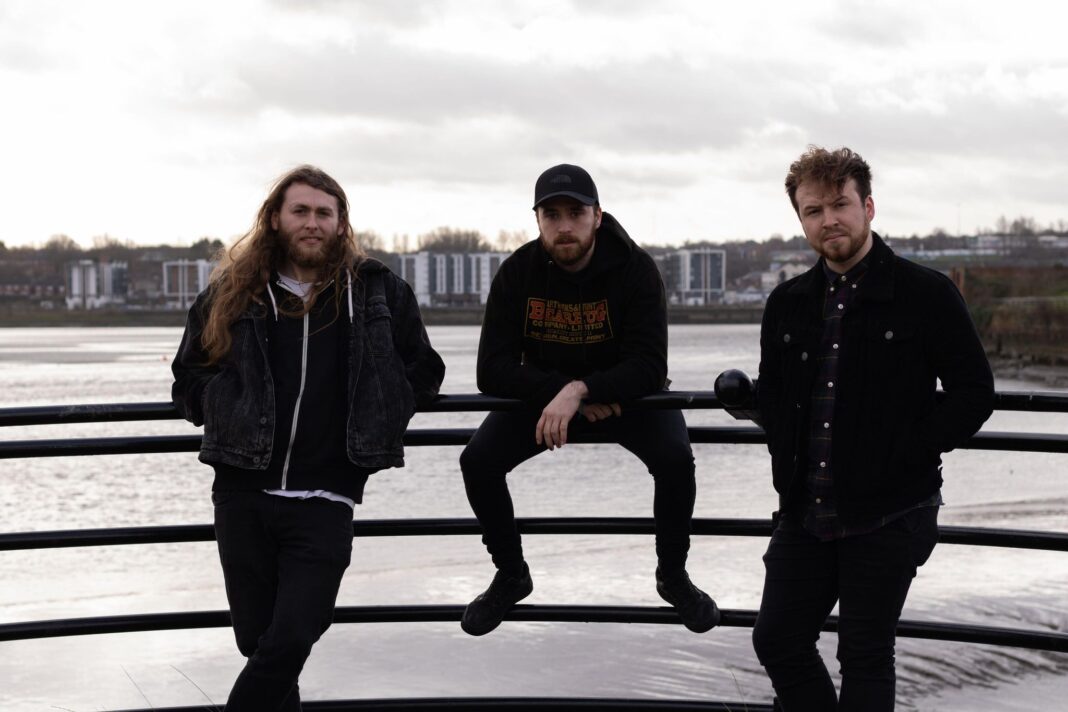 If you haven’t heard of Kaleiders before now, then ‘Alright’ is the perfect introduction.

‘Alright’ is the Kaleiders latest single, and the last to be released before their highly anticipated album Melancholy Undertones drops later this month.

While Manchester has a reputation for being the city that birthed many of the UK’s best-loved indie bands, it’s also a city with deeper ties to the UK’s punk scene than one might expect, with bands such as Buzzcocks, or the now infamous Free Trade Hall show cementing the city in the annals of punk history whilst instilling it with a DIY ethos that can still be felt today.

It’s from this rich and varied history that Warrington’s Kaleiders draw their influence. A four-piece who bridge the gap between melodic punk and indie rock, they might not hail from Manchester specifically, but it’s exactly where they cut their teeth.

And cut their teeth they have.

The ultimate duality of uplifting optimism and melodic anthemia, there are echoes of bands such as Gaslight Anthem or even Rise Against, but the distinctly British bent of the vocals temper any aggression in favour of melody, resulting in something truly irresistible and utterly uplifting.

Northern Revive caught up with the Kaleiders on the day of the track’s release:

Kaleiders: I think it’s a case of not over-polishing something and maintaining that ‘rawness’ of an initial idea.

Kaleiders: Typically the music comes first for most of the songs we write. Lyrics don’t tend to come as easily to us than musical ideas, but sometimes you can have 1 great idea for a lyric and then the whole song just writes itself.

Kaleiders: This has to go to when we played at The Workshop in London last September. Everything about that show was insane: the venue, the bands, the audience were all on point that night and it’s definitely one I’m sure none of us will forget.

Kaleiders: There has never been such a high level of content coming out of the Warrington music scene then there is right now. Lockdown has hit so many amazing artists all over the world hard, but no one in Warrington has been taking it lying down – it seems like everyone has been hard at work over the last few months and there’s so much good stuff coming from our hometown at the moment.

Kaleiders: Our good friends over at Serratone and The A.V Club. These are just some of the other amazing bands from our hometown and they are definitely worth checking out!

Kaleiders: ‘Don’t take yourself too seriously”. As a band who on the outside appear all serious and moody, we actually don’t take ourselves seriously in the slightest. We think too many people in this industry take themselves so seriously that it’s difficult to connect and inspire each other. We’re just enjoying the ride and taking it each show at a time, and honestly, it’s just liberating.

Kaleiders: I went to watch the band PUP last November in Manchester and it was one of the best shows I’ve been to. The atmosphere was amazing and the whole time I just kept thinking about how much I want us to play with these guys.

Kaleiders: We’re already in talks of getting back into the studio and recording more material which we’ve been working on over lockdown. Whilst we can’t really play shows, for the time being, we want to stay productive working on new tunes. When normality returns, we’ll be hitting the music scene all over the country, and we’ll be hitting it hard!

To find out more…