She’s Got Spies is the project  of Laura Nunez and her cast of collaborators. She spends her time between Cardiff and London, she’s  multilingual and can sing in Welsh, English and Russian.

Her second album titled ‘Isle of Dogs’ refers to an area of London, Laura Nunez’s hometown,  as well as the state of turmoil of the island of Britain. The follow up album to her debut Welsh language  album ‘Wedi’, ‘Isle of Dogs’ features songs written over the last decade.

‘Isle of Dogs’ is a charming trilingual travelogue album, with most of the songs written on the move while travelling or whilst Nunez was living in various countries. She spent time in Russia, Vietnam, Italy,  Tierra del Fuego in Argentina, and parts were also written in Cardiff, London and other parts of Wales  and England. Threaded with Laura’s knack for a bittersweet earworm melody and surreal yet personal  lyrics, these charmingly wonky songs are underscored with dark psych tinged sounds and an unsettled  feeling which reflects the turmoil of current times.

With music hall style pianos, bounding percussion, fizzing guitars and a playful vocal, new single ‘Super Sniffer Dogs’ is inspired by Laura’s time spent visiting Poplar on the Isle of Dogs, an area of high  contrast with the rich, banking area of Canary Wharf and large, destitute council estates. It’s about an  imaginary dystopian festival with lots of restrictions in a high walled destitute area. Despite its serious  themes, which is juxtaposed by a catchy singalong melody, it’s a joyous tuneful romp.

Northern Revive introduces She’s Got Spies….  Please yourself in less than 10 words?

SGS: I’ve been passionate about listening to music and going to gigs since I was a teenager, so I wanted to be able to create my own too.  I never had much musical influence at home while growing up, so it was just discovering bands of my own accord that made me feel excited about it and want to become a part of it.

SGS: For Isle of Dogs (second album), as I was mostly writing while travelling around the world, I usually had a lyric or melody pop into my head, and would either write lyrics down, or start creating the song in Garageband on my phone or iPad while on a long train or coach journey.  I’d keep adding to it as I had more long journeys to sit through, and write all the different parts.  Some songs were written at home in Moscow while I was living out there, but still using the same process, and is also why there is a Russian theme to the album.  Three songs were cowritten with Gruff Meredith (MC Mabon), which usually came up as ideas while we were sat around discussing something or other. 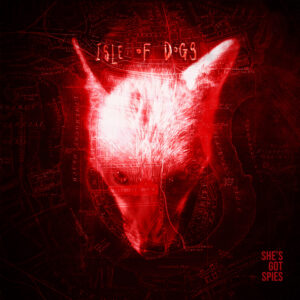 SGS: Possibly playing on a steam train at Indietracks festival last summer.  It was a combination of an adrenaline rush, as had to be on the right platform and catch the right train on time, combined with how surreal it all was.  After boarding we had a short time travelling between stations to set up and sound check, before the audience boarded the empty wagon at the next station.  The gig took place as we travelled to the end of the line before returning to the festival station, and had to keep trying to concentrate, as was distracted by the passing scenery I could see out of the window next to the stage!  The audience were also very attentive and polite, which was very reassuring, as they were a captive audience for 40 minutes during the journey.  Also, I love travelling, so doing a gig on the move is pretty ideal for me!

NR: What was the last track you played on Spotify

SGS: Tomorrow’s (Just Another Day) by Madness.  I love its jovial sounding melancholy, and seems very appropriate for 2020. 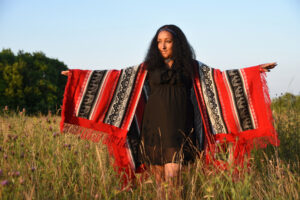 SGS: Damon Albarn, as I am a big fan of The Good, The Bad & The Queen, Blur and Gorillaz, plus his other projects, and love the huge range and diversity of the music he produces, so it would be interesting to see the way that he works.


NR: How are you coping with lockdown?

SGS: The second lockdown is definitely a lot tougher than the first, and only a short way into it so far (plus the weather and dark nights don’t help!)  The first lockdown was a bit of a novelty at first, but was also very frustrating as the start of it coincided with the final dates I had booked into the studio to finish the album, so I had no idea how long I would have to wait to resume it, and started to think I would never get it finished.  I made some good use of the time by creating the artwork for Isle of Dogs, after photographing foxes visiting the garden, which was a nice distraction throughout the lockdown, and  also something to concentrate on when things looked grim.  I went on a lot of long walks through parks and countryside, and still managed to find new things to discover locally.

SGS: It’s obviously devastating for the live music scene, and is very scary to think of what will be left of it when this passes over, with venues under threat, musicians losing their income and crew and events staff out of work for the whole year, with no end in sight yet.  On the plus side, it has let musicians be creative in other ways, like having more time to write, or live streaming gigs and reaching out to new and wider audiences.  Personally, even though I can see live streamed gigs are a necessity at the moment, I really hope they don’t become the norm, as for me they don’t have the atmosphere of a real gig, and a lot of the essence of the music feels lost over a dodgy internet connection.


NR: Where can we find out more?

SGS: You can buy Isle of Dogs on CD and limited edition cassette from Bandcamp (https://shesgotspies.bandcamp.com) and there should be Isle of Dogs mugs on the way soon.  No T-shirts yet though, sorry, but hope to get some eventually!

NR: Talk us through the new track and video

SGS: Super Sniffer Dogs was the second single from the album, and is about a dystopian festival set in Poplar, on the Isle of Dogs in London, where crumbling tower blocks set the scene for the walled event full of restrictions.  It was mostly written a couple of years ago, and recorded in January of this year, but now feels even more appropriate than it did then.  The video features my friends dogs Gizmo and Hamish dressed in Victorian outfits, which I filmed up in Liverpool, plus the rest was filmed in Cardiff and London, and is supposed to represent past scenes of London.  Was lucky to get the filming done in between lockdowns, even though it wasn’t my original concept I had in mind.