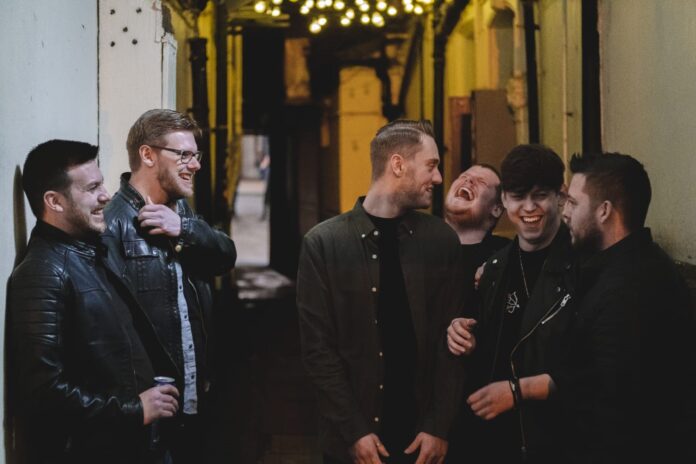 Nottingham six-piece For the Girl have never been an easy band to pigeonhole. But why would you want to?

With influences as diverse as classic rock, metal, indie pop and everything in between, such an amalgamation of styles would feel forced in lesser hands, yet for the Midlands sextet, it works.

It’s a testament to the band’s sheer musicianship that it does. But with high profile shows for national promoters such as Scruff of the Neck and DHP under their belt, their methods are obviously paying off.

It’s not just on stage where the band are turning heads however. A smattering of well received singles such as ‘The Tide’ or ‘Fishnets and Dreams’ have elevated the band head and shoulders above many of their contemporaries, and their latest single ‘The New Dance Movement’ looks set to continue the trend.

Three and a half minutes of soaring guitars, impassioned vocals and a steadfast bottom end, the band describe the track as being “the bravest we have ever been with any music we have released. We feel its opened new doors for us musically and we are all incredibly proud of it. The track itself is about being stuck in a rut and trying to find a way out”.

An interesting subject matter, as if For the Girl feel stuck in a rut, they’ve got a funny way of showing it. Big, bold, and ballsy, this is the sound of a band full of confidence, and aching to take the next steps in their career.