Poltergeist is the spooky new single from Eat Your Own Head! 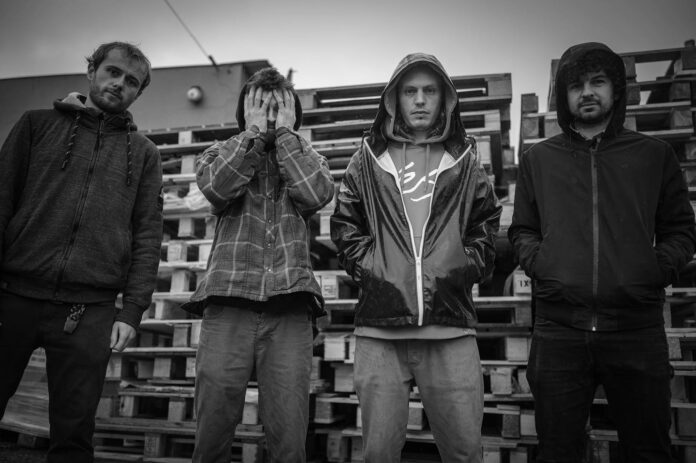 Grunge-rock extraordinaires offer us a spooktacular Halloween release that captures the wild, live energy that Eat Your Own Head are best known for.

After supporting the likes of The Physics House Band, The St. Pierre Snake Invasion and Sugar Horse you know that this band are onto big things. Dive head first into their murky rock sound and you will be amazed at what you uncover.

Northern Revive had a little chat to the band and this is what we found out.

Eat Your Own Head: We love heavy, technical riffs and belting out vocals.

EYOH: Ash – I’m not entirely sure what set it off but I just remember feeling something when I was younger that I hadn’t experienced before. I latched on to that and made my music my life. Now that I’m older, I realise that it really was just my way of coping with a lot of things. Music has never been a theory based thing for me, it’s all heart and feel.

Tom – I’d been going to gigs and watching my Dad play since i was little so I always knew I’d be in bands myself.

Jord – Either I copied Ash or he forced me (he’s my older brother).

EYOH: Ben- It’s a mish mash in some respects. Ash has actually turned up with completed songs, with a structure mapped out and everything. Jord is excellent at coming up with strong heavy riffs (and horrible sounds) which have been the basis of some of our most recent creations. Me and Tom are more the kind of guys that contribute to developing the bits or expanding ideas and shaping the sections.

EYOH: Ben – We use a certain warm up ‘technique’ for both studio and onstage. Involves basically pumping your fists in the air, getting a bit animalistic, shouting loudly and mildly hyperventilating. Really helps to bring the energy to the show and studio. We did this before recording ‘Pig’ live in the studios – check out the vid.

Jord – I sometimes come up with the title for a song and then work around that, it’s a bit backwards. 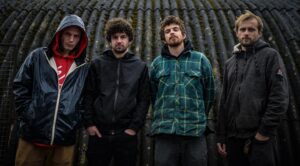 EYOH: Jord – It’s one of our oldest songs which we’ve adjusted over the course of a couple of years. It’s probably our strangest creation, it’s got a pretty odd structure and timing throughout with these eerie verses and super heavy choruses. The video we knocked up ourselves in Ash’s barn, with a GoPro and a floodlight. It didn’t turn out too bad considering our limited know-how!

EYOH: Ben – Supporting St Pierre Snake Invasion at The Exchange, Bristol. Great atmosphere and love St Pierre. It was an electric night. Jord broke his thumb in the mosh pit after our set.

Tom – We also really enjoyed a gig in Nottingham at JT Soar, a proper DIY venue. It was hosted by our friend Marty who runs Buttonpusher promotions.

Ben – 6 bags of ready salted crisps and a pack of cookies!

EYOH: Tom – Get the album recorded and then get out to play as many gigs as possible.

Jord – Loads of hugs… And more mosh pits to break the other thumb.

EYOH: Tom – Our pals Rad Pitt and Too Piste. Both have put out banging new music in the last year!

Ash – Locally I’m enjoying a bands such as Red Mar, Galli and Rave On The Dole right now.