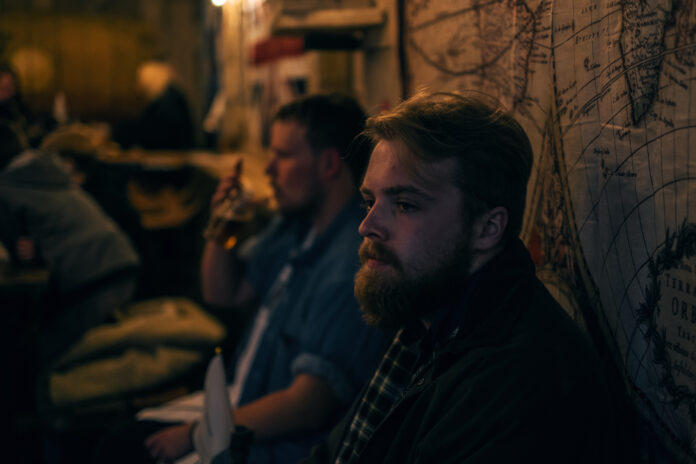 Having spent his formative years growing up in Lancashire, singer/songwriter Jonny Oates was raised on a steady diet of typical English countryside and regular concerts with his dad, something led to Oates developing an expansive taste in music from a particularly early age.

Indeed, such was his obsession, that by 11 he was writing his own original music, and by 13 playing live in local pubs and venues across his native Lancashire. Influenced by a litany of classic songwriters such as Springsteen, Dave Matthews and John Mayer, Oates spent two years formulating a sound he could truly call his own.

While their previous releases have built on Oates’ influence of classic songwriters as equally as the expansive landscapes in which he grew up, the band’s latest offering, ‘Say the Word’ feels like a step in an almost entirely new direction for the band.

Built around button-bright synths, upbeat guitars and Oates’ trademark vocal, ‘Say the Word’ was the band’s project over the UK’s national lockdown. Produced by  Luke Sanderson, it explores the idea of dating apps from the band’s own cynical standpoint.

“Say the Word questions the intentions of the users of the apps, and whether or not people actually get what they desire, or if it ends up in a cycle of meaningless validation and periods of hollow angst” explains frontman Jonny Oates. “We’re not in the habit of telling people how to feel, but in speaking from experience, it certainly isn’t an entirely positive and risk-free journey to finding new relationships and friendships.”

While the subject matter might be on the heavy side, the track itself its an upbeat and optimistic slice of indie-pop that injects some colour into what has been an otherwise bleak winter.

Check it out below: