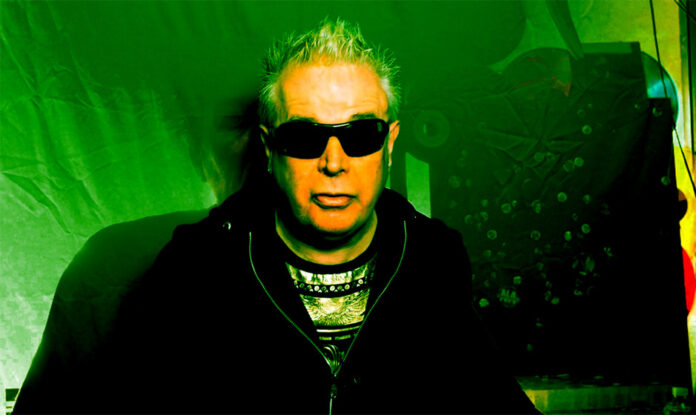 Prior to lockdown Mike Bennett, Terry Marsh and Steve Watson took a crew of actors and technicians to California. The idea was that they were to shoot a low-budget short film set in the oldest vinyl store in California. The store Vinyl Solutionwas and still is an atmospheric Legendary record shop. Mike Bennett and crew visited the store whilst at Namm festival at Anaheim Stadium where they were holding a music biz event and introducing some of the artists.

Terry fell in love with the store and knowing Mike Bennett‘s varied script writer’s capabilities suggested that he wrote a documentary on Vinyl Solution.

Mike declined the offer explaining that he was not a documentary maker but on finding that the owner was called Drak it gave him the idea to place vegan vampiresinto the vaults of the store. Everybody agreed (and a sort of) documentary of the store morphed into a kind of hybrid Documentary horror…

After a good chat with Steve, Terry and Mike we sat down for a one-to-one with Mike and fired some questions at him.

Northern Revive: What was the experience like making the film in California?
Mike Bennett: Totally horrific. Not only did we lose our lead male actor, we lost our female lead on the second day when she collapsed in the store. The craziness carried on  with Abina Fox and Munchkin Man having got rid of the English crew within two days and ushering in a new crew that they went off and made their own movie! Our film footage was then lost…let’s just say that… but helpfully retrieved, courtesy of ethical Siberian hackers. We had seen some of the other nasty movie that was being made but I’d rather talk about the soundtrack…

MB: It evolved as I remade the track anyway and then when Fat Whites found out it was in the movie and that Melanie Williams was a lead vegan vampire, they said why not put a classic house diva onto a punk band! and so she ended up on the track and I gather that you’ve got the exclusive. 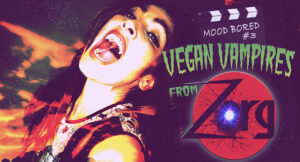 NR: The legendary Peter Hook from New Order and Joy Division has also been involved in the soundtrack, how did that come about?
MB: Hooky is a long-term associate with Melanie Williams so we wrote the track
Heterochromia and also did The Healer
NR: What’s the most important to you film scripting or the music?
MB: A combination of both – but music is the food of love if you want to quote a Shakespearian cliche. I loved doing Twisted love with Gary Clail (On-U sound system) and Tackhead – A total talent and a total character, he captures the film perfectly in this short clip twisted love. Dylan at Friedbanana is heavily involved in the whole film and his cinematic off centre method of thinking is featured here.
NR: Who else is involved on the soundtrack?
MB: Neville Staple from The Specials and Christine Sugary Staple have been absolutely especially brilliant. We’ve also included the trackI live off youSham 69 featuring Anita Harris as the lyrics seem to be about the energy of those vampiric people.
Find out more here:
https://youtu.be/WTzEM3-jehk
https://www.youtube.com/watch?v=j5l9i41Y3v0
https://vimeo.com/86367538
https://vimeo.com/585363247
https://vimeo.com/585389686
https://www.youtube.com/watch?v=Fe_xaSVW5mw
Facebook
Twitter
Pinterest
WhatsApp
Linkedin
ReddIt
Email
Print
Telegram
Previous articleSoulful outfit Gideon King & City Blog reveal cross-genre number ‘Whatchya Gonna Do’
Next articleIntroducing Ty In the Building, aka the Detroit based rapper with layers of character!

The MUSIC LIFESTYLE blog you need in your life