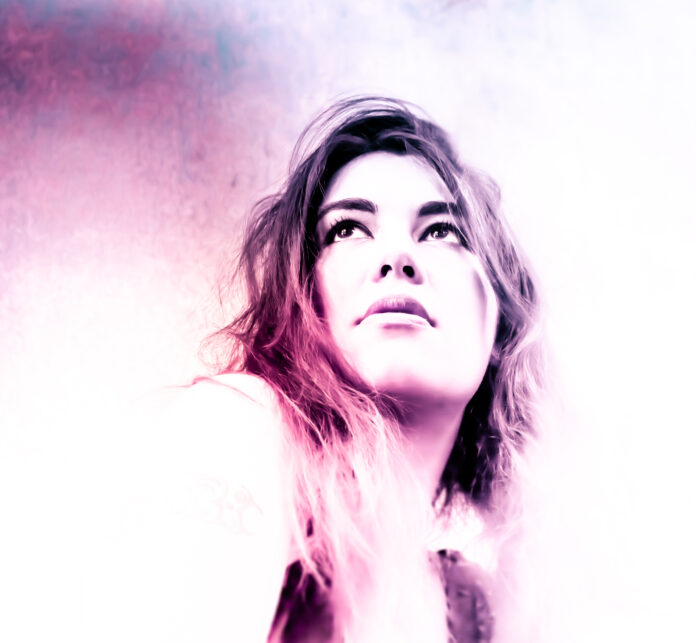 Co-produced by Robert Harder (Brian Eno, David Byrne, Neneh Cherry, Sohodolis, Babyshambles) and Dre herself, ‘Moving Spaces’ is the exquisite, upcoming 10-track album from LGBTQ+ icon Laura Dre. Hitting over 50,000 views on YouTube in a week, this songstress is destined to have her name in lights. Signed to Outland Recordings, aka one of the world’s leading synth and retrowave music brands, Laura Dre is an empowering artist simply because she doesn’t limit herself to one musical style. Influenced by the world of electronic pop, synthwave and even Japanese city pop, Laura’s signature sound is best described as effortless.

LD: Music itself. If other people can become successful artists and create a living from making music then I see no reason why I can’t be one of them. My dream was always to be able to professionally produce my own music, so I followed it and in 2016 I quit my job to study music production at University.

LD: That depends on the day, my mood and flow of ideas. If I have a great lyric line I want to use then I’ll work out a melody for that, and sometimes I wake up with a melody in my head which I’ll then hum into my phone (so I won’t forget) and then I’ll open up my DAW (skipping breakfast) to immediately record my ideas.

LD: L-Beach (a lesbian festival) in Hamburg. We got picked up in a limousine and I was performing just before Kim Wilde came on stage. That was literally ‘Wilde’. Best gig ever as I was performing in front of thousands of ladies who threw their underwear at me haha.

LD: Feature more females in music production positions as there are currently only 2% music producers out there that are women! According to PRS. I would also like to see an increase of female stage performers at festivals, the statistics for female artists are 21% and for songwriters 12%. Currently as it stands, the music industry is heavily male dominated so I’m hoping for a more balanced change in the near future.

LD: My uncle who was a car mechanic during WW2 always said to me “In order to do good work you need good tools” – This has been stuck with me ever since and literally applies to everything I do.

LD: Japan tour or even a full Asia tour! Along with Japan I’m picking up more listeners from Korea, Hong Kong and the Philippines gradually, which is fantastic!

LD: Pretty well actually. There wouldn’t be Laura Dre music if Corona wasn’t there, so I’m one of the very few people that welcome it. And rather than being depressed or bored to death I use this opportunity of having finally time to compose music and realising my dreams and goals.

Talk us through the new music video

LD: The song “Moving Spaces” itself is all about moving forwards and backwards in life and relationships, similar to being on a chessboard: people take 1 step forward or backwards into a different space. The director Ice Elloso filmed at different locations in Tokyo, i.e. being in an elevator “going up and down”, walking, driving in a car to “move spaces”, which captures the nature of the song. Apart from the physical space, there is also the emotional space between people. The video shows a hologram which in essence, can be interpreted as being in a long-distance relationship. You can be as far away from each other but still feel close partially thanks to technology, here with one person represented as a hologram. The song is also sung in a melancholic, but somewhat nonchalant vocal style, to also show the “sad space” when you’re physically with someone, but aren’t connected emotionally, because it’s a one- way road – the path of unrequited love.