The adrenaline-fuelled groove machine that is The Winachi Tribe release a remix of their debut single ‘Time For Love’ through A1M Records.

Initially released five years ago, David Tolan (Primal Scream, Tears For Fears) has given it a thumping update ahead of the release of their debut album in early 2021. ‘Time For Love’ is full of swagger and funk. Adding to their unique funkadelia sound is acclaimed percussionist Inder Goldfinger who is best known for his work with Ian Brown and Fun-Da-Mental with his neo-classical tribal rhythmic style.

5-year unstoppable journey has led The Winachi Tribe to the suburbs of Hollywood from the urban streets of Manchester through relentless hard work and a good slice of hustling. They’ve jet-set around the world, wowing at festivals and played with Grand Master Flash, Sugarhill Gang & Five and The Happy Mondays. Along the way, they’ve received global radio support and clocked up hundreds of thousands of streams, picked up acclaimed U.S. songwriting awards and appeared in the L.A. Times

Northern Revive caught up with Liam Croker (in a socially distanced way of course) to find out more….

Northern Revive: In less than 10 words tell us who you are please?

LC: Well while doing this interview I’m drinking strong black coffee with honey in it. But my tipple would normally be JD on the Rocks and recently I’ve been enjoying a good red wine. This time of year I am partial to a Guiness also…purely for medicinal purposes obviously.

LC: Watching Guns N’ Roses live in Paris when I was eight years old…I was mesmerised and from that exact moment I knew what I wanted to do…I remember it clearly…running round my Mum’s front room copying Axl Rose haha

LC: We don’t, they’re two completely different entity’s. Our live shows are very intense and adrenaline fuelled…our studio music is much more laid back and polished. They both have they’re place…some tracks just don’t work live and some tracks we perform live just don’t work in the studio. In some ways we’re a very Schizophrenic band.

LC: Starwars all day…and Super Ted…Superman’s just a wanker with his underpants over his trousers…tosser.

LC: It depends…there’s no set formula. The writing process for each song is different. Some come together really easy…Others are like wrestling a pissed up Yeti.

LC: Performing with The Charlatans in downtown L.A at a sold out ‘Teragram Theatre’…the atmosphere was electric, plus it was my birthday. I’ve never heard us sound so good…the crowd went mental. I ws in tears when we came off stage…it was a very powerful, emotional gig…the best possible way.

LC: I don’t listen to Spotify…but the last record I listened too was Roni Size Represent yesterday while cooking a Sunday dinner…what an album!!!

LC: On our rider we have different soft drinks, pineapple juice for Inder. Sandwiches, crisps, Jack Daniels, Wine and Stella. A kilo of cocaine and a few Dwarf prostitutes thrown in for good measure.

NR: What other talents do you have? (kazoo player, champion toast burner…)

LC: I’m a good cook, I find it very therapeutic. I make a mean Jerk Chicken…blows your napper off.

LC: The social media side of it…I think in many ways it’s taken over the magic and mystique of artists and their music. Everything’s far to accessible. 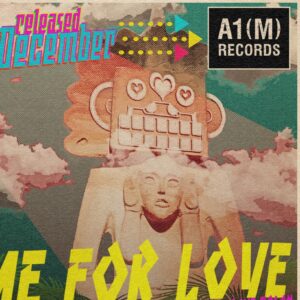 LC: I’d like to work with George Clinton…he’s from a different orbit than the rest of us. His talent and influence should never be underestimated.

LC: My Dad told me as a kid…’Liam don’t ever trust anyone that doesn’t like The Beatles’…and he was right…Beatles haters are wronguns…they have no soul.

NR: What’s been the nicest thing ever written about you?

LC: We’re finishing mixing our album…we’ll start dropping singles from it in 2021. We also have an E.P ready to go. We’ve got a lot of music. It’s just down to us deciding how and when to release it.

LC: Keeping creative, I’ve kept writing and tried to stay focused and busy. Scheming and planning with our manager Howie. I’ve kept myself physically fit…training everyday…more for my mental state than my physical fitness…it helps keep me sane.