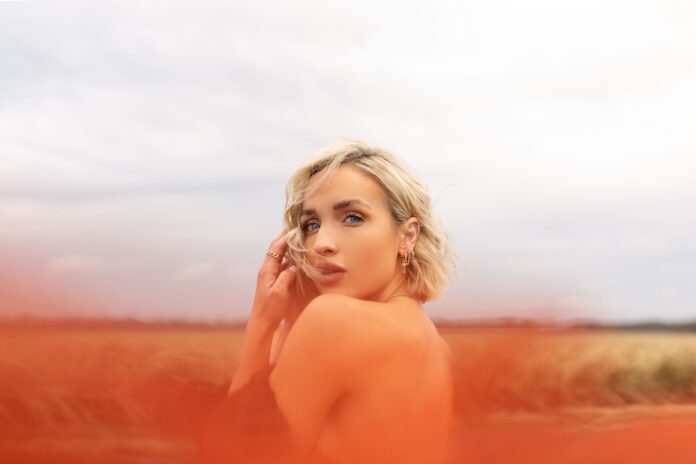 American singer-songwriter and dancer Thea Lissi is here with the refreshing song ‘Won’t Be Mine’. A mother who recently went through a divorce, Lissi used her experiences to write and record her first debut “Ready Now.” The debut tells the story of Lissi putting herself back out there into what she calls a terrifying dating world. Using “Ready Now” as her starting point, Lissi has since signed with Payn Kyller Records and has her sights on pursuing her music career even further and using her plentiful life experiences to fuel her work and inspire her listeners.

I got into music because it’s the perfect mixture between my 3 loves; dancing, singing, & writing! Creating music has become the perfect avenue for me to be able to express what I’m feeling through writing while also being able to create and express myself through movement when dancing to the songs I create. Both have brought me great healing throughout this life and to me that is invaluable.

Honestly, that depends! Sometimes I am inspired to write lyrics first and then I find or create the instrumentals after. Othertimes, I find a great beat or start creating something on the guitar/piano and then write the lyrics inspired by that.

Anything that involves creativity for sure! Dancing, painting, building & restoring furniture.

I feel like there is a big push in the industry to be provocative and explicit. I hope to be a part of the change that brings music that is family friendly but also real and raw and entertaining!

There are so many amazing artist that I could add to this list but a few of the ones that top that list are Tate McRae, James Arthur, Halsey, and Mike.

You can’t choose your circumstances but you can choose how you react to them. Will you allow them to change you for the better or the worse? That’s on you.

“I was inspired to write “Won’t be Mine” while trying to leave my now ex-husband. I tried for years to make the relationship work & he didn’t seem to care. Once I left he finally changed but it was too late. We tried for 2 years to make it work but I just wanted to be free but for that to happen I needed him to let me leave. Which then led to me finding my passion for writing music again and writing “Won’t Be Mine”. Although WBM was written before my other releases, I wasn’t able to record it until 2021.I originally wrote the lyrics without any instruments then as the song developed I found someone to play guitar with me and at that point I finished the song & headed to Nashville to record it live in studio. Unlike my other songs, “Won’t be mine” was recorded all in one take at the same time as recording the guitarist.