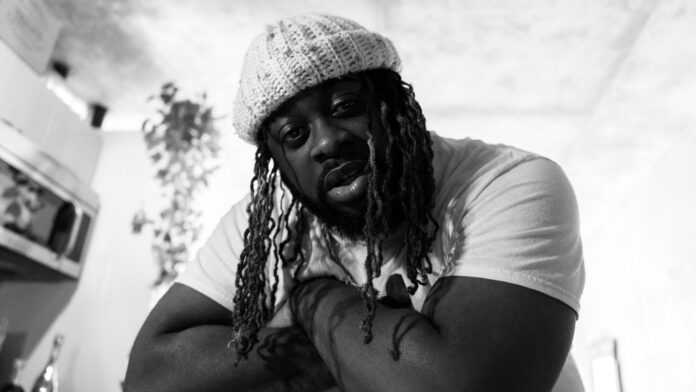 Back with another banger, Toronto rap royalty Charlie Noiir releases ‘REASONS’, a fiery and boastful hip-hop track featuring production from Tribe Alexander. Known for his penchant for party-starting anthems and bold, magnetic energy, Charlie Noiir brings all the heat to this one, delivering his most assertive and self-assured performance to date

My origin into music is multilayered. I found inspiration from all sorts of directions. My family was definitely instrumental in my discovery of music. I also grew up in the church and anyone whose ever been to a black church knows, music is a pillar in the service.

I try to write records with the idea of performing in mind. Like “okay this would be an ill call and response” or “this is a pocket I could see the crowd getting live to or singing along too”. I try to create these moments in the writing all the while envisioning how that would play out on stage in front of an audience.  I picture that energy and it helps direct how I approach a record. Overall, I’m a high energy guy and I bring that energy to all facets of my life, so the transition from the studio to stage for me, isn’t that much of a stretch.

If I could change anything about the industry I would make it so artists get a bigger cut of their revenue and a lot more transparency for artists on the business end. Oh, and I’d advocate for every signed artist to have a mandatory health plan/life insurance in their contracts as well.

Don Tolliver, Vory, Coi Leray, Drake, Quincy Jones. I know if I had the opportunity to have a prolonged session with either of those names, a platinum record is coming out of that. Maybe 2/3 platinum records. For sure.

The whole city of Toronto needs to have a light shone on it at all times but first names that come to mind are my guys, TREMAYNE, Scotty IV, YoungWolf second I would say my guy from Ottawa, City Fidelia, Everything Oshaun and Clairmont the Second. Haviah Mighty nasty too. Big shout out to her for what she doing.

How did you cope with lockdown?

Music has kept me sane during the lockdown. That and the occasional glass of Dussé when the cabin fever starts to get a little too heavy. And just having the support system around that I do. I’m blessed to be able to have those I can lean on and vice versa.

How did lock down affect the music scene where you’re from?

It’s cultivated new renegade grassroots events and scenes that have been refreshing to witness. The restrictions have made everyone have to be that much more creative with their initiatives and that’s opened the door for some really interesting pockets throughout the city.

It’s littered with talent and the energy is magnetic but there’s a lot of potentials for it to be so much more if we could as a community carve out an infrastructure that we could all get behind.

All over my socials (@charlienoiir) on everything, @stayoutlate is the gang all their socials have the new new, our website www.stayoutlate.ca got some big announcements launching on their shortly so look out for that as well

Reasons is my ode to the summer. The shenanigans, the energy, the braggadocio. At its core it’s a turn up record but it’s also got heart. I speak on morals a lot in my music. Not in a preachy way but I feel like everyone should have a code they can stand on the that’s the message in Reasons for me. I don’t need a reason to be who I am, im me, and my time is now.