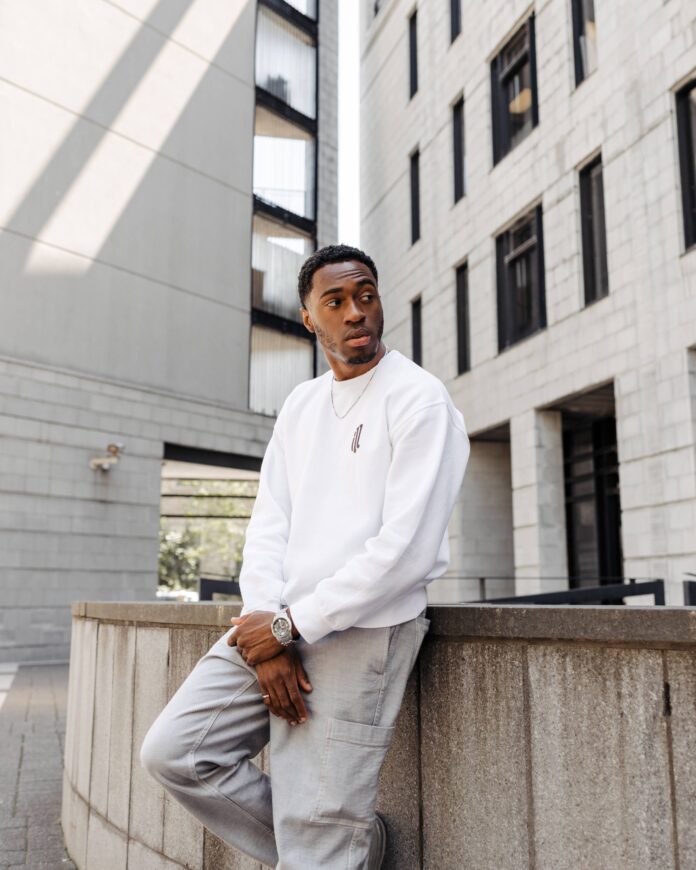 Montreal based urban artist Coleo may still be at the beginning of his musical career, but he’s certainly making a good impression. Delivering a message of encouragement and motivation to anyone who wants to accomplish something in their life, Coleo feels like the type of role model you’d love your future kids to look up to. Coming from a Haitian family background whilst growing up in Canada, Coleo grew up listening to North American hip-hop and R&B music, and it’s safe to say that his music is diverse. Known for his melodic signature flows and playful lyricism, Coleo weaves through areas of rap and hip-hop unlike any other artist.

Music to me is one of the strongest form of expression and I think it’s the best way for me to have a positive impact on people’s lives.

I have put myself in right state of mind to record a specific song in the studio. I have to feel the vibe that I want to express in the song to make sure the delivery is on point, whether it’s in the studio or on stage.

Pharrell Williams. His creativity allows him to have a contribution to the rap game that is just unmatched. I know that a very special record would come out if I had the chance to work with him.

You have to invest in yourself before anybody else does.

Drake in Montreal, Canada. Given the fact that I grew up listening to a lot of Drake, I just know I’d be able connect with his audience at a high level. Plus performing in my hometown, Montreal, would make the thing even more special.

When I retire, I want to dedicate myself to developing artists in hometown and make them shine internationally as I strongly believe that Montreal has a crazy amount of talent that deserves to be put on map.

During the first wave, I took a lot of time to kind of step back and figure out what my next moves should be as far as my career goes. I was forced to take things slower during the lockdown but it actually helped me to prepare better for what’s coming next.

There’s no big Hip-Hop artist coming out of Montreal yet (at least on the English side) so there’s not as much spotlight on the city than somewhere like New York, Atlanta or LA. However, the talent is definitely there and I think we’re at the point where it’s just about to explode and get its spot on the map. Call it the calm before the storm, I guess.